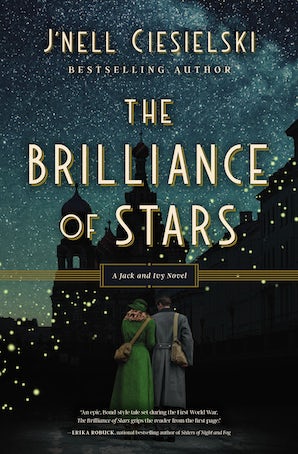 A Jack and Ivy Novel Series

The Brilliance of Stars

Amid the chaos of the Great War, two elite assassins learn precisely how dangerous it is to have something—or someone—worth losing.

Washington, DC, 1914. Ivy Olwen knows how to survive on the streets without two coins to rub together. Then destiny thrusts her into the nest of a covert agency of assassins sworn to drive back the world’s darkness, and she acquires a new set of lethal skills. Her education—from explosives to etiquette, sharpshooting to sabotage—is as far reaching as the organization’s missions. But it’s the hours she spends among the towering bookshelves in the library and stargazing on the roof with Agent Jack Vale that make her heart fly.

Jack knew plenty of hardship before the agency refined his rough edges, transforming him into the man who never misses. But he didn’t know the feeling of home until Ivy entered his world. Now Jack’s heart drums with a singular purpose: he will fight for her, fight alongside her. No matter the cost.

When the pair is sent on a seemingly simple mission to take down Russia’s newest and most dangerous arms dealer—a soulless man using the Great War as an opportunity to further his own depraved agenda—they discover that no amount of training could have prepared them for a manhunt that takes them across the frozen tundra, to the Crimean Peninsula, and along the Trans-Siberian Railway . . . only to discover that there is evil in the world they will never understand.

The first book of an epic duology from bestselling author J’nell Ciesielski, The Brilliance of Stars incorporates her signature blend of thrilling adventure, glamorous espionage, and sweeping romance.

Bestselling author with a passion for heart-stopping adventure and sweeping love stories, J’nell Ciesielski weaves fresh takes into romances of times gone by. When not creating dashing heroes and daring heroines, she can be found dreaming of Scotland, indulging in chocolate of any kind, or watching old black-and-white movies. She is a Florida native who now lives in Virginia with her husband, daughter, and lazy beagle. Learn more at www.jnellciesielski.com. Instagram: @jnellciesielski; Facebook: @J’nellCiesielski.

'[A] captivating and immersive tale of espionage and romance amid the dangers of WWI . . . Ciesielski's unique plot entices from the first page, and she expertly weaves historical events into the narrative to create a feeling of authenticity. Readers are sure to be taken with the fortitude of Jack and Ivy, who manage to find stolen moments of happiness amid danger and violence.' - Publishers Weekly

'Ciesielski starts off her new series with a kiss and a bang, and neither the romance nor action slows down from there. This is an adrenaline-packed, globe-trotting read for anyone looking for a clean-cut adventure reminiscent of Captain America.' - Library Journal, starred review

'An epic, Bond-style tale, set during the first World War, The Brilliance of Stars grips the reader from the first page. With its mesmeric settings, nonstop action, and witty dialogue, Ciesielski crafts a thrilling love story of powerful equals working tirelessly to save the world from darkness.' - Erika Robuck, national bestselling author of Sisters of Night and Fog

'Action! Romance! Spies! Secrets! The Brilliance of Stars has it all. This electrifying read from J'nell Ciesielski comes to life with historical details and sparkling descriptions that will leave the reader begging for book two!' - Amy E. Reichert, author of Once Upon a December

'Excuse me while I go read The Brilliance of Stars by J'nell Ciesielski a second time. The intrigue of master assassins, a secret society, a cat-and-mouse game, all while the world is teeming with tension from the Russian Revolution and the First World War. Not to mention, while Jack and Ivy are falling in love. Who knew a grenade pin could be so romantic? This thrilling historical novel has it all and I look forward to more Jack and Ivy.' - Jenni L. Walsh, author of The Call of the Wrens 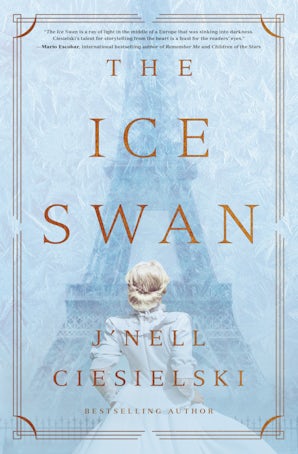 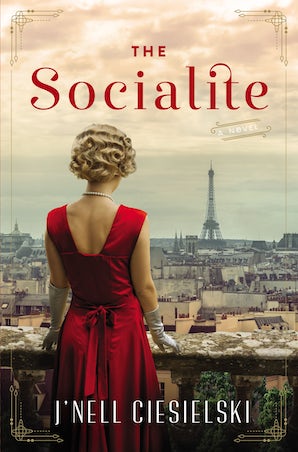 A Novel of World War II 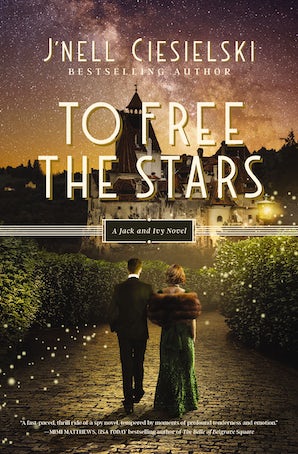 To Free the Stars 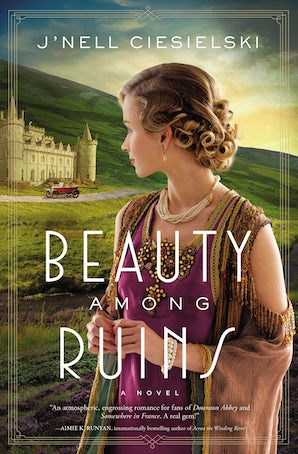 A Novel of the Great War

Bestselling author with a passion for heart-stopping adventure and sweeping love stories, J’nell Ciesielski weaves fresh takes into romances of times gone by. When not creating dashing heroes and daring heroines, she can be found dreaming of Scotland, indulging in chocolate of any kind, or watching old black-and-white movies. She is a Florida native who now lives in Virginia with her husband, daughter, and lazy beagle. Learn more at www.jnellciesielski.com. Instagram: @jnellciesielski; Facebook: @J’nellCiesielski.