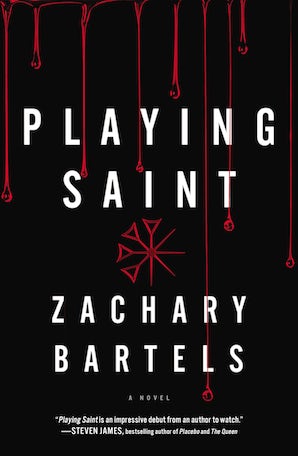 Parker Saint is living the dream. A cushy job at a thriving megachurch has him on the verge of becoming a bestselling author and broadcast celebrity—until life takes an abrupt turn that lands him on the wrong side of the law. To avoid a public scandal, he agrees to consult with the police on a series of brutal murders linked by strange religious symbols scrawled on each victim.

Parker tries to play the expert, but he is clearly in over his head. Drawn ever deeper into a web of intrigue involving a demanding detective, a trio of secretive Vatican operatives, and a centuries-old conspiracy to conceal a mysterious relic, he realizes for the first time that the battle between good and evil is all too real—and that the killer is coming back . . . this time for him.

“A thought-provoking exploration into the power of faith and the reality of evil. Filled with memorable characters and tight writing, Playing Saint is an impressive debut from an author to watch.” —Steven James, bestselling author of Placebo and The Queen

Zachary Bartels is the author of Playing Saint . An award-winning preacher and Bible teacher, he serves as pastor of Judson Baptist Church in Lansing, MI, where he lives with his wife Erin and their son. You can find him online at www.zacharybartels.com. Facebook: AuthorZacharyBartels Twitter: AuthorZBartels

“As a third-generation pastor, Parker’s struggle to find himself in the midst of his family’s legacy was compelling.” - CBA Retailers + Resources

“The Suspense author everyone is talking about.” - Family Fiction Edge

“Michigan minister Bartels (42 Months Dry) holds readers’ interest in this intrigue-filled thriller, despite its far-fetched premise. Saint’s character is particularly well developed as he changes from a self-absorbed TV personality into a true man of faith. This book will be enjoyed by those who love a mystery combined with supernatural elements and is especially recommended for regional collections.” - Library Journal

“Bartels’ debut novel is a page-turner from the very beginning. His excellent use of foreshadowing and his glimpses into the past create a story that readers can’t put down. In the vein of Ted Dekker and Frank Peretti, Bartels weaves the supernatural into the natural in ways that are gripping and realistic, adding a shocking surprise that will leave readers stunned.” - RT Book Reviews, 4-1/2 star review 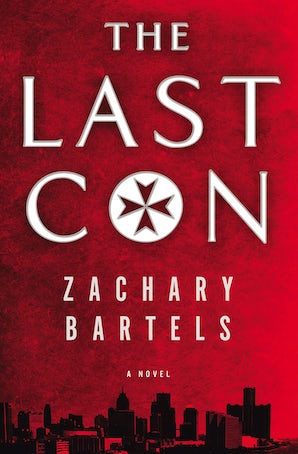 Zachary Bartels is the author of Playing Saint . An award-winning preacher and Bible teacher, he serves as pastor of Judson Baptist Church in Lansing, MI, where he lives with his wife Erin and their son. You can find him online at www.zacharybartels.com. Facebook: AuthorZacharyBartels Twitter: AuthorZBartels