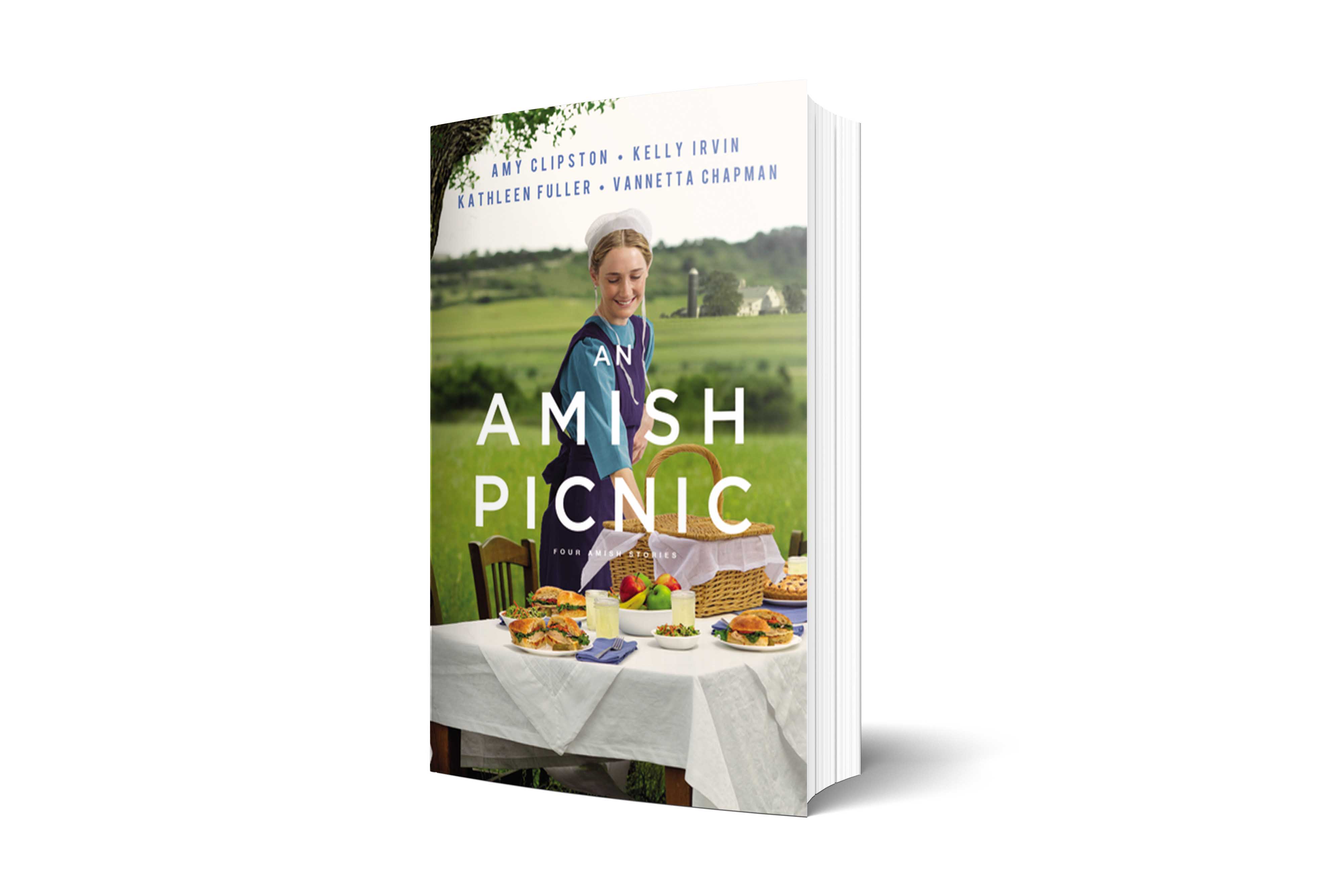 Baskets of Sunshine by Amy Clipston

Kevin Weaver has lived with his brother’s family since his parents passed away when he was young, but he craves a home and family to call his own. Freeman Kurtz owns a successful brick mason business, and Kevin takes the job as Freeman’s apprentice to pursue his own financial freedom.

Phoebe Kurtz is helping her sister with her booth at the marketplace when she notices Kevin, her father’s employee. Their friendship grows, but Kevin is convinced that the difference in their ages makes a relationship between them impossible. Amidst summer outings, Kevin and Phoebe must decide if taking a chance on love is worth the risk.

Esther Marie Shrock loves her job at Valley Grocery Store where she’s worked for four years. Despite a stutter that has plagued her since childhood, she thrives filling orders from a steady stream of customers. Still, at 25, she and her family wonder if romance is in her future.

Jasper Cotter isn’t good with people, but he’s found himself obligated to take over day-to-day operations of the family owned grocery store—a store he doesn’t have the first clue how to run. Thrown together, Esther Marie and Jasper don’t exactly see eye to eye. One night, the store loses power, and the candles aren’t the only things shooting off sparks. Esther Marie and Jasper are suddenly forced to discover common ground when it matters most, and they might be surprised with love along the way.

Reeling in Love by Kathleen Fuller

Nina Stoll and Ira Yoder are just friends. Just friends and fishing buddies. Every Saturday afternoon, they have a picnic at their favorite fishing hole and see who can out fish the other. Until Nina starts to wonder if there’s more.

Her plans to share her feelings go awry, and circumstances seem destined to keep Nina and Ira apart. With both Nina and Ira confused and hurting, it’s going to take courage, some help from the community matchmakers, and a little bit of divine intervention for Nina and Ira to realize they’re each other's perfect catch.

Picnics and Prospects by Vannetta Chapman

Faith Troyer is claustrophobic, and David Lapp builds tiny houses. They went on a date years ago with disastrous results. Now that they’re in their late twenties, their families and friends are beginning to wonder if either will ever find that special someone. When a picnic outing is diverted by the discovery of a package of letters dating back to the 1970s, they take it upon themselves to find answers to a mystery that causes them to rethink their past and consider their future.

Click the Cover Below to Start Reading for Free 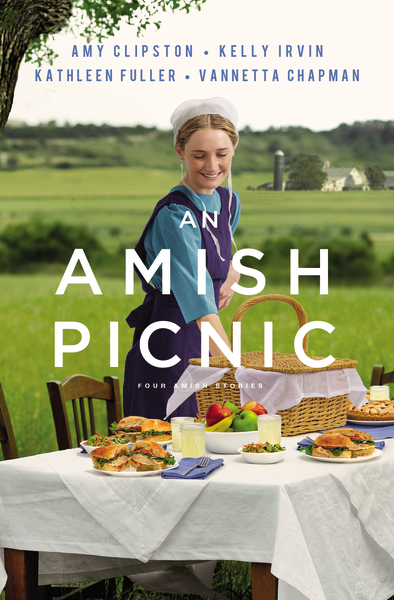