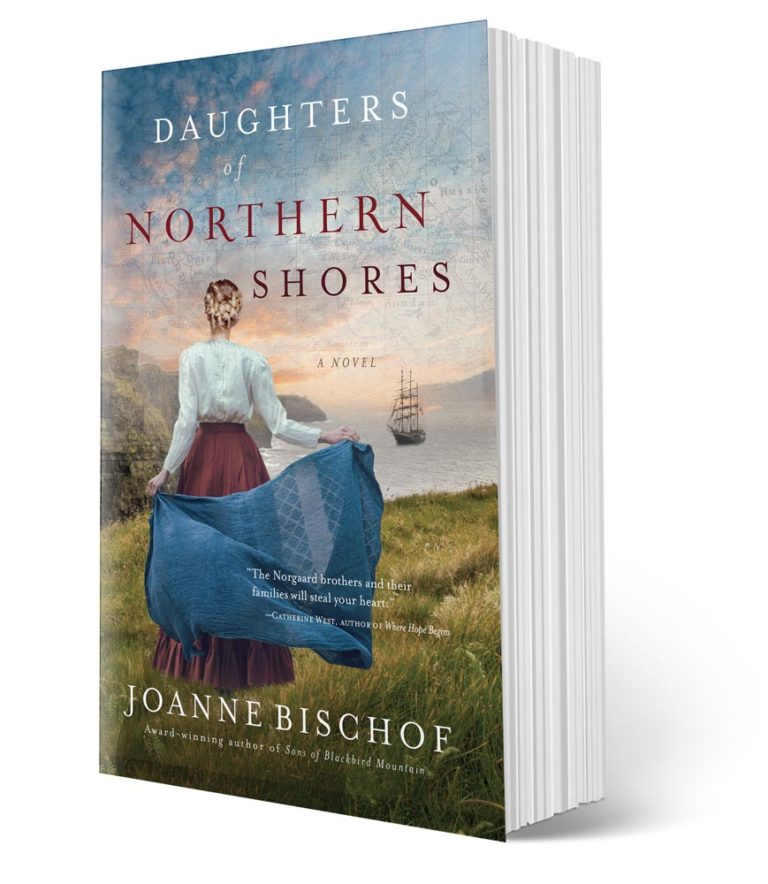 What will restoration cost the Norgaard family in this hauntingly beautiful journey of the heart?

Aven Norgaard understands courage. Orphaned within an Irish workhouse, then widowed at just nineteen, she voyaged to America where she was wooed and wed by Thor Norgaard, a Deaf man in rural Appalachia. That the Lord saw her along the winding journey and that Aven now carries Thor's child are blessings beyond measure. Yet while Thor holds her heart, it is his younger brother and rival who haunts her memories. Haakon--whose selfish choices shattered her trust in him.

Having fled the Norgaard orchard after trying to take Aven as his own, Haakon sails on the North Atlantic ice trade, where his soul is plagued with regrets that distance cannot heal. Not even the beautiful Norwegian woman he's pursued can ease the torment. When the winds bear him home after four years away, Haakon finds the family on the brink of tragedy. A decades-old feud with the neighboring farm has wrenched them into the fiercest confrontation on Blackbird Mountain since the Civil War. Haakon's cunning and strength hold the power to seal many fates, including Thor's--which is already imperiled due to a grave illness brought to him at the first prick of warfare.

Now Haakon faces the hardest choice of his life. One that shapes a battlefield where pride must be broken enough to be restored, and where a prodigal son may finally know the healing peace of surrender and the boundless gift of forgiveness. And when it comes to the woman he left behind in Norway, he just might discover that while his heart belongs to a daughter of the north, she's been awaiting him on shores more distant than the land he's fighting for.

"Sons of Blackbird Mountain is a quiet gem of a historical romance. Refreshingly real and honest in its depiction of flawed but lovable individuals, it introduces characters readers will want to meet again." - CBA Market Review

“Bischof’s effortless prose and emotionally driven scenes captivate the reader from beginning to end. Characters so real you begin to believe they are. The Norgaard brothers and their families will steal your heart. Beautifully eloquent, this grace-filled tale is one not to be missed.” — Catherine West, author of Where Hope Begins

“Laced with lyrical prose, Daughters of Northern Shores is a story of redemption that gripped me from its first moments. I savored every gorgeous detail, and the characters continue to live with me even now. Bischof is a master at enfolding readers in her story world and bringing them along on a journey of the heart.” - Lindsay Harrel, author of The Heart Between Us and The Secrets of Paper and Ink 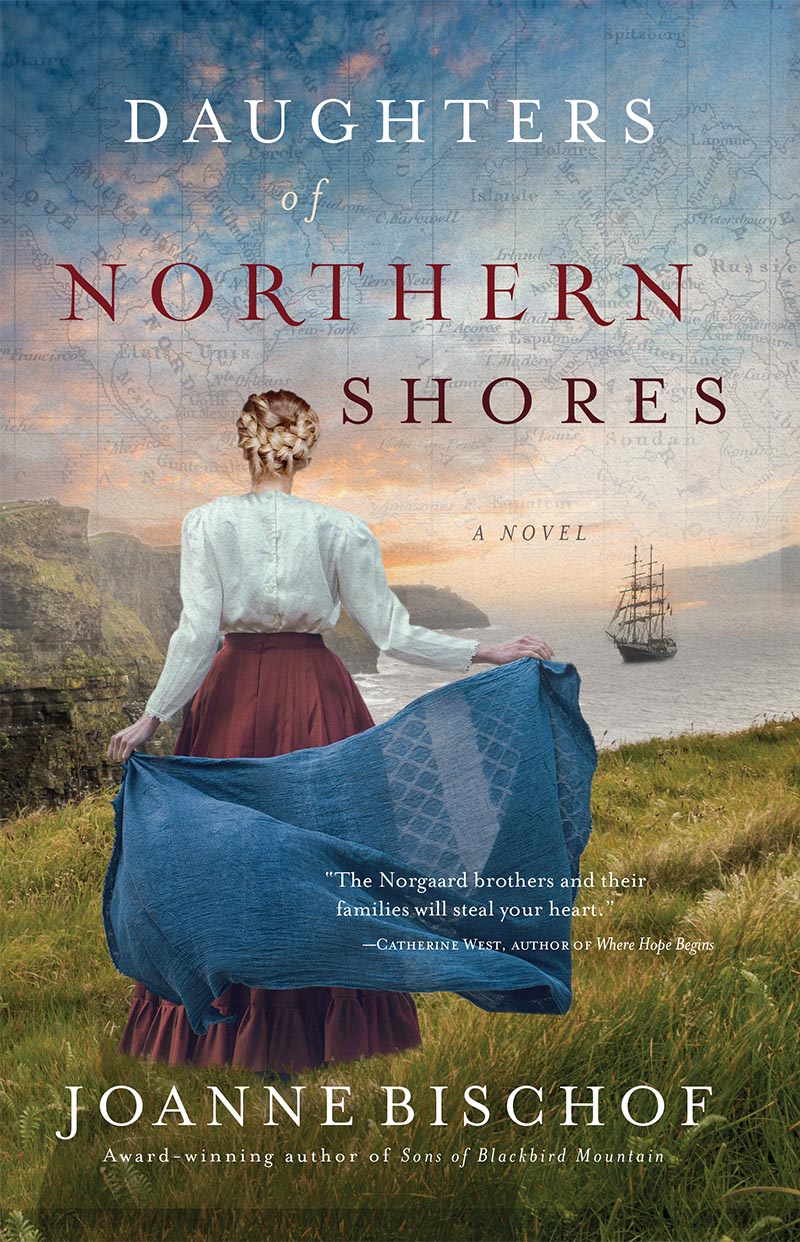 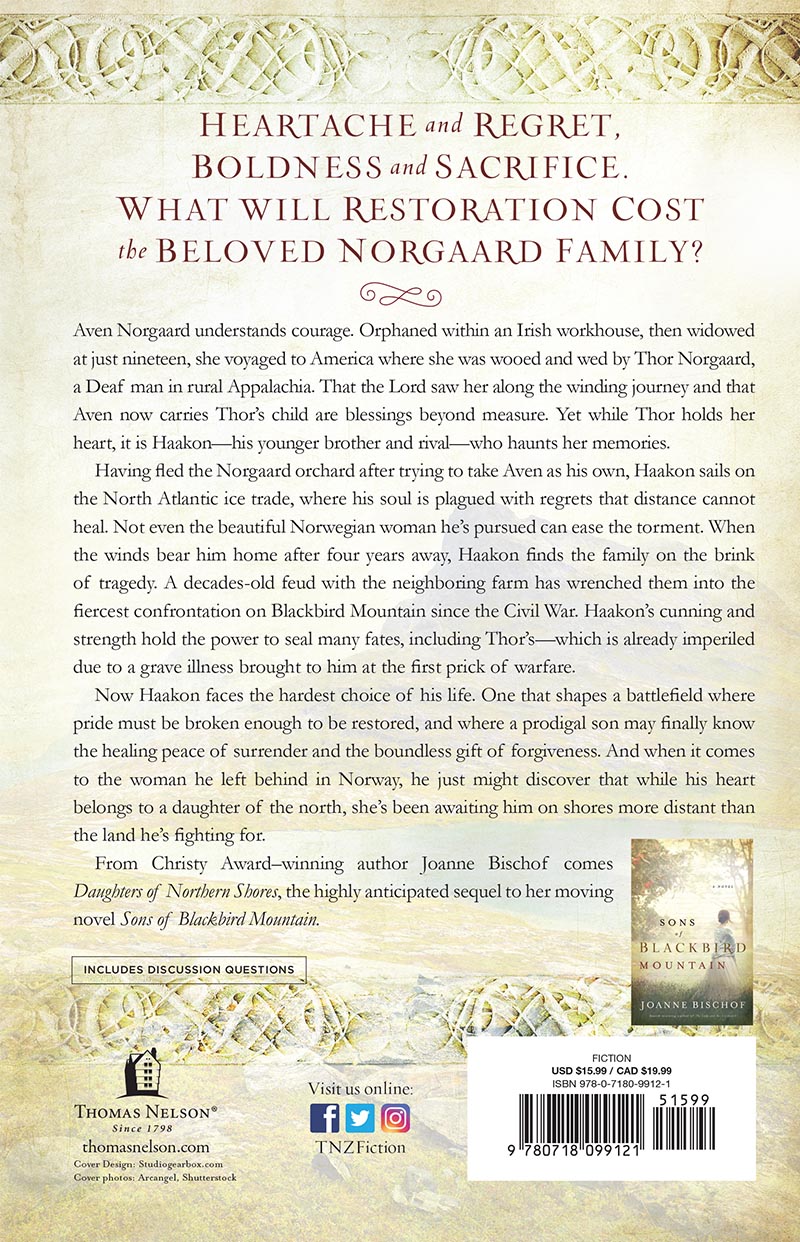 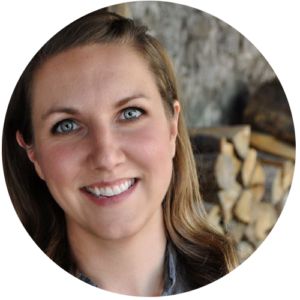 A Christy and Carol Award-winning author, Joanne Bischof writes deeply layered fiction that tugs at the reader’s heartstrings. She was honored to receive the SDCWG Novel of the Year Award in 2014 and in 2015 was named Author of the Year by the Mount Hermon Writer’s conference. Her 2014 novella This Quiet Sky broke precedent as the first self-released title to final for the Christy Awards. To Get to You, her 2015 release, was the second. Joanne’s 2016 novel, The Lady and the Lionheart, received an extraordinary 5 Star TOP PICK! from Romantic Times Book Reviews among other critical acclaim. She lives in the mountains of Southern California with her three children and is currently working on a new 2-book series for Thomas Nelson/HarperCollins Christian (releasing 2018). 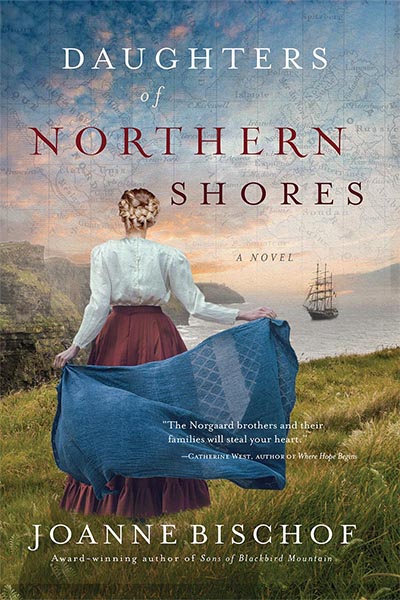 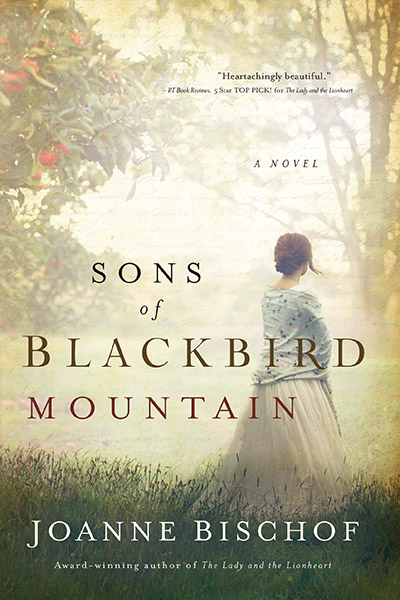