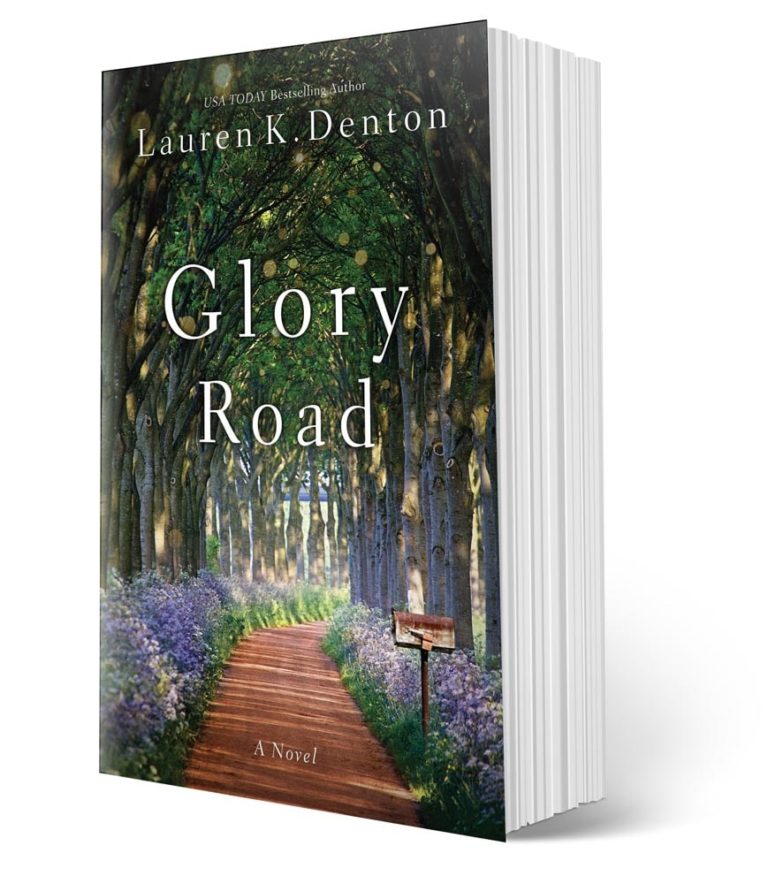 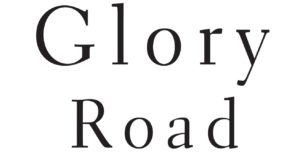 The only thing certain is change—even in a place as steady as Perry, Alabama, on a street as old as Glory Road.

For three generations of strong Southern women, the roots they’ve planted on Glory Road will give life to the adventures waiting just around the curve. 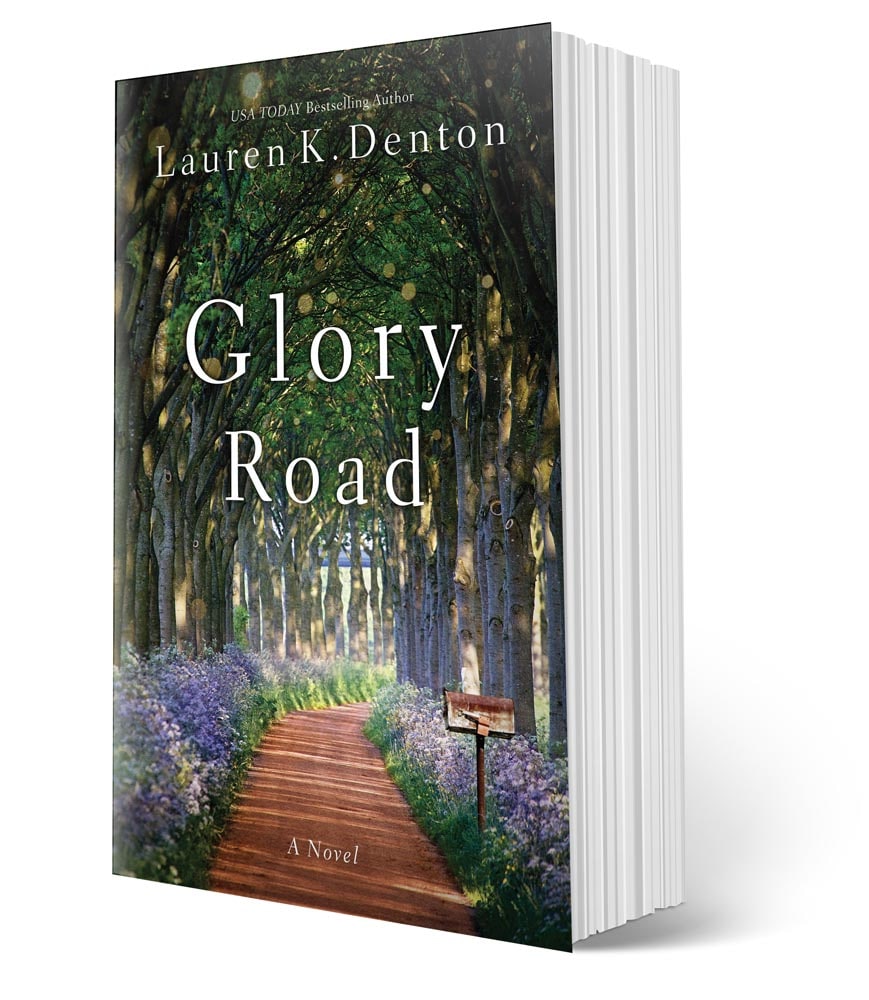 three generations of women navigating the uncertain pathways of their hearts during a summer that promises to bring change—whether they’re ready for it or not.

Nearly a decade after her husband’s affair drove her back home to South Alabama, Jessie McBride has the stable life she wants—operating her garden shop, Twig, next door to her house on Glory Road, and keeping up with her teenage daughter and spunky mother. But the unexpected arrival of two men makes Jessie question whether she’s really happy with the status quo.

When handsome, wealthy businessman Sumner Tate asks her to arrange flowers for his daughter’s lavish wedding, Jessie finds herself drawn to his continued attention. Then Ben Bradley, her lingering what-could-have-been from high school, moves back to the red dirt road, and she feels her heart pulled in directions she never expected.

Meanwhile, Jessie’s fourteen-year-old daughter, Evan, is approaching the start of high school and navigating a new world of emotions—particularly as they relate to the cute new guy who’s moved in just down the road. At the same time, Jessie’s mother, Gus, is suffering increasingly frequent memory lapses and faces a frightening, uncertain future.

In one summer, everything will change. But for these three strong Southern women, the roots they’ve planted on Glory Road will give life to the adventures waiting just around the curve.

Written in Lauren Denton’s signature Southern style, Glory Road tells the story of three generations of women navigating the uncertain pathways of their hearts during a summer that promises to bring change—whether they’re ready for it or not. 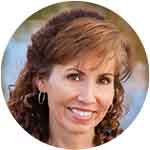 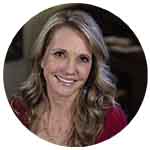 “From the opening of The Hideaway, the reader is captured by the voice of a woman who has for too long kept a story that must be told, one the reader wants to hear. Denton has crafted a story both powerful and enchanting: a don’t-miss novel in the greatest southern traditions of storytelling.” —PATTI CALLAHAN HENRY, New York Times bestselling author 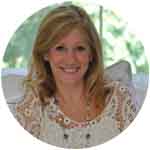 “Rich colorful characters capturing my heart, combined with a story that kept me up till the wee hours, Glory Road is a perfect read. Lauren Denton has done it again!” —LISA PATTON, bestselling author 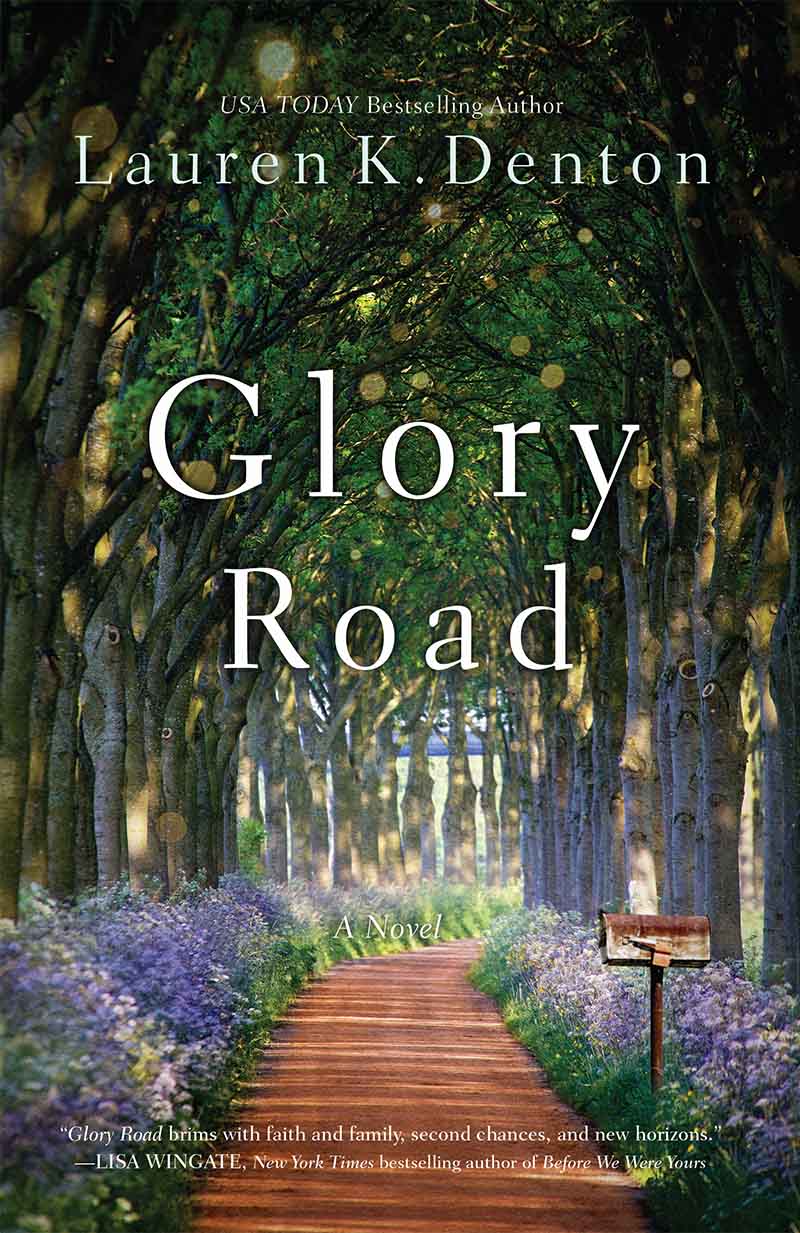 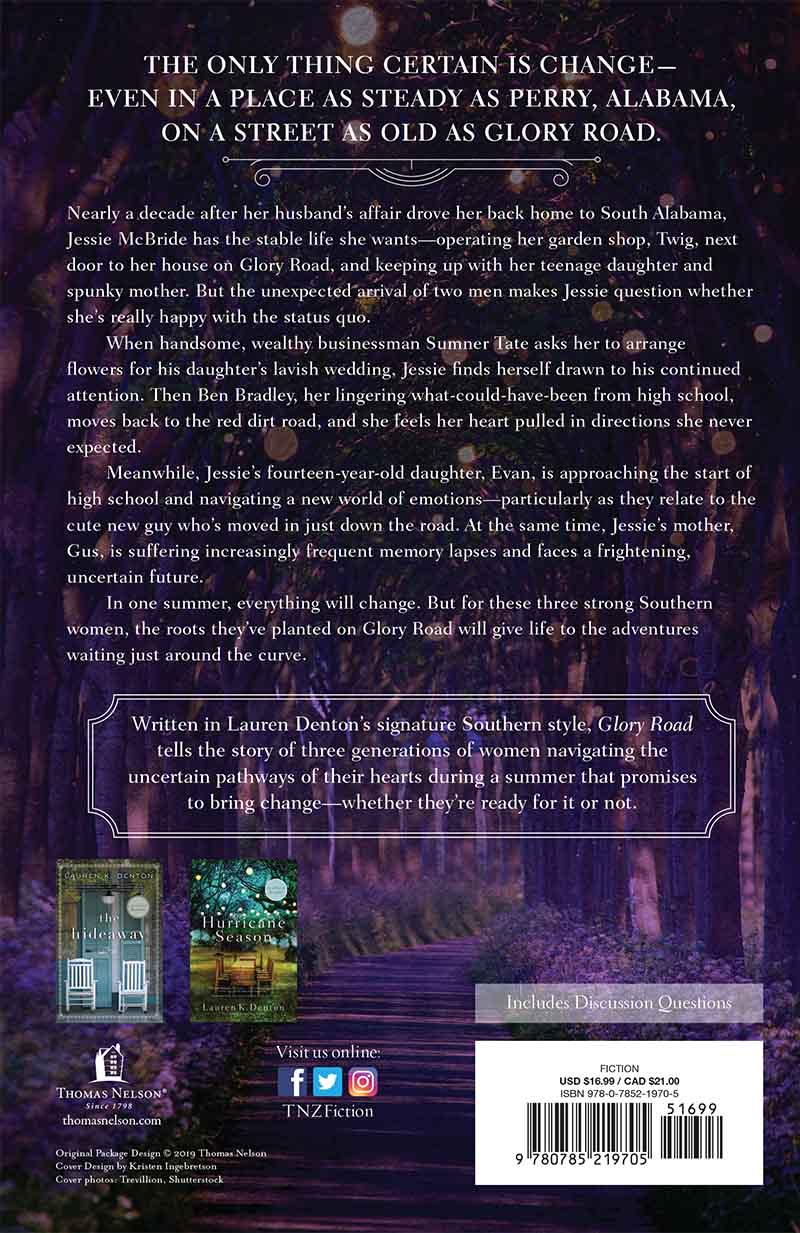 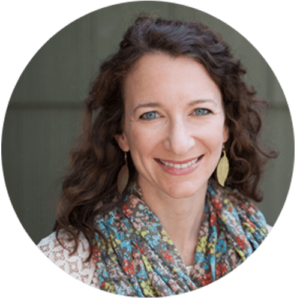 Born and raised in Mobile, Alabama, Lauren now lives with her husband and two young daughters in Homewood, just outside Birmingham. In addition to her fiction, she writes a monthly newspaper column about life, faith, and how funny (and hard) it is to be a parent. On any given day, she’d rather be at the beach with her family and a stack of books. Her debut novel, The Hideaway, is USA Today, Wall Street Journal, and Amazon Charts bestseller. Her second novel, Hurricane Season, released in April, 2018, and was listed on BookPage's 2018 list of Most Anticipated Fiction. 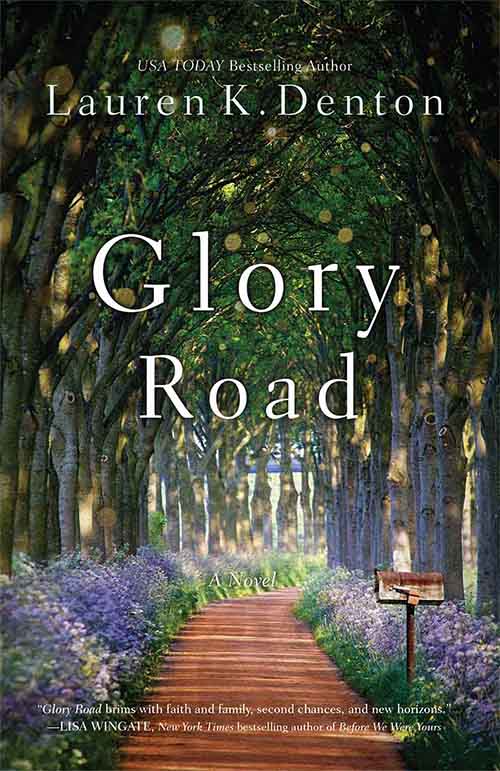 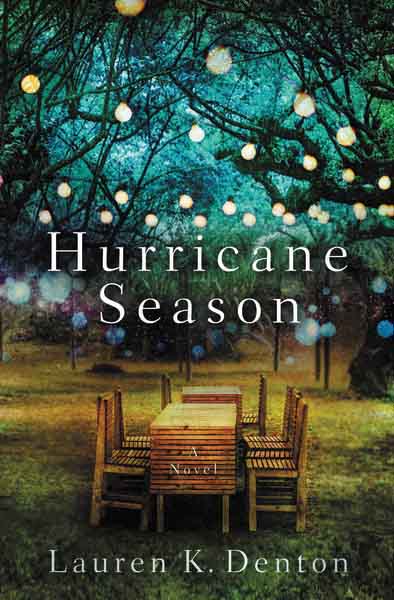 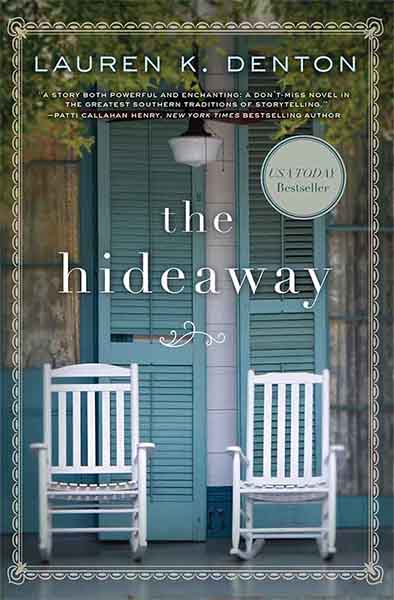