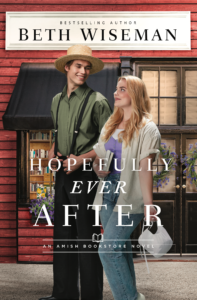 In the third and final novel of Beth Wiseman’s Amish Bookstore series, two young people must find the courage to defy expectations and become who they’re meant to be.

Sixteen-year-old Eden Hale doesn’t want to be defined by her current circumstances. Her mother is in prison, she doesn’t know her father, and she’s had her own run-ins with the law, but Eden refuses to become what people expect. When she is sent to live with an Amish cousin she’s never met in Montgomery, Indiana, she welcomes the chance to become the person she wants to be without the burden of anyone’s judgment. Her hopes are confirmed when she meets Samuel, a young Amish man who seems to like her for who she really is.

Samuel Byler has grown up with strict Amish parents, and they aren’t happy that their only son is choosing to spend his free time with an outsider. As Eden and Samuel grow closer, assumptions close in around the young couple. It isn’t long before Eden starts to doubt herself and wonders if she is doomed to follow in her mother’s footsteps, whether she wants to or not. Meanwhile, Samuel finds himself slipping further and further from his faith—to Eden’s dismay.

Both Eden and Samuel’s futures hang in the balance as they face decisions about who they are—both as individuals and together.

The third installment in the series, and while you don't have to read the other two first, I think you will get more out of this one if you do. All the characters are woven throughout each story.

Another great installment in this clean Amish romance series, a lovely gift for anyone who enjoys Amish romance.

I loved the first two books in the series and this one did not disappoint. It was so good that I read it in two days! 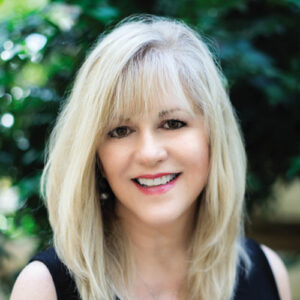 Beth Wiseman is the best-selling author of the Daughters of the Promise series, the Land of Canaan series, the Amish Secrets series and the Amish Journeys series. Having sold over two million books, her novels have held spots on the Publisher’s Weekly Bestseller List, the ECPA (Evangelical Christian Publishers Association) Bestseller List and the CBA (Christian Book Association) Bestseller List. She was the recipient of the prestigious Carol Award in 2011 and 2013. She is a three-time winner of the Inspirational Readers Choice Award, and an INSPY Award winner. In 2013 she took home the coveted Holt Medallion. Her first book in the Land of Canaan series—Seek Me With All Your Heart—was selected as the 2011 Women of Faith Book of the Year. Beth and her husband are empty nesters enjoying country life in Texas.