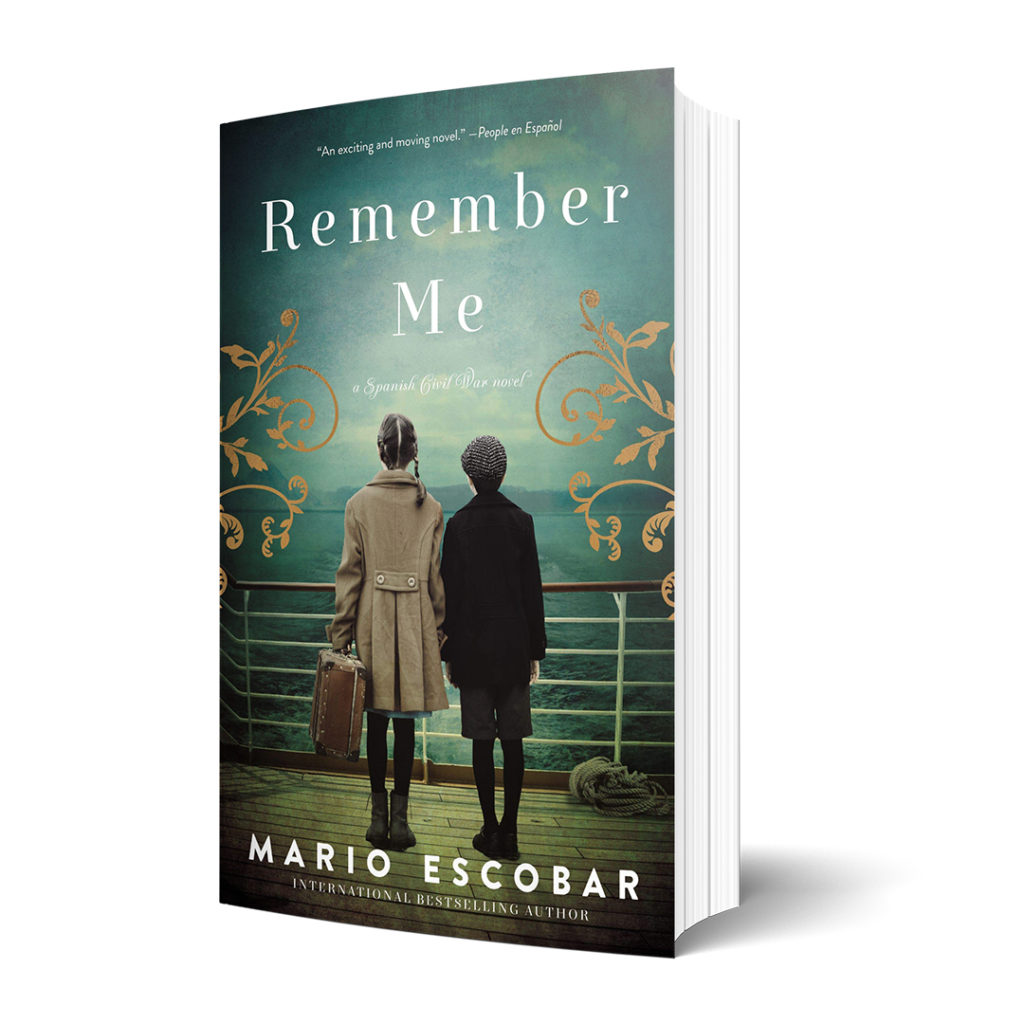 Amid the shadows of war, one family faces an impossible choice that will change their lives forever.

Madrid, 1934. Though the Spanish Civil War has not yet begun, the streets of Madrid have become dangerous for thirteen-year-old Marco Alcalde and his younger sisters, Isabel and Ana. When Marco’s parents align themselves against General Franco and his fascist regime, they have no inkling that their ideals will endanger them and everyone they love—nor do they predict the violence that is to come.

When the Mexican government promises protection to the imperiled children of Spain, the Alcaldes do what they believe is best: send their children, unaccompanied, across the ocean to the city of Morelia—a place they’ve never seen or imagined. Marco promises to look after his sisters in Mexico until their family can be reunited in Spain, but what ensues is a harrowing journey and a series of heartbreaking events. As the growing children work to care for themselves and each other, they feel their sense of home, family, and identity slipping further and further away. And as their memories of Spain fade and the news from abroad grows more grim, they begin to wonder if they will ever see their parents again or the glittering streets of the home they once loved.

Based upon the true stories of the Children of Morelia, Mario Escobar’s Remember Me—now available for the first time in English—explores the agony of war and paints a poignant portrait of one family’s sacrificial love and endurance.

HarperAudio_US · REMEMBER ME by Mario Escobar | Chapter One

“Luminous and beautifully researched, Remember Me is a study of displacement, belonging, compassion, and forged family amid a heart- wrenching escape from the atrocities of the Spanish Civil War. Fans of Arturo Pérez-Reverte, Chanel Cleeton, and Lisa Wingate will be mesmerized.”

"Escobar's latest is a meticulously researched story, recreating actual experiences of the 460 Spanish children who were sent to Morelia, Mexico, in 1937. Devastating, enlightening, and passionately told."

BUY NOW FROM YOUR FAVORITE BOOKSELLER