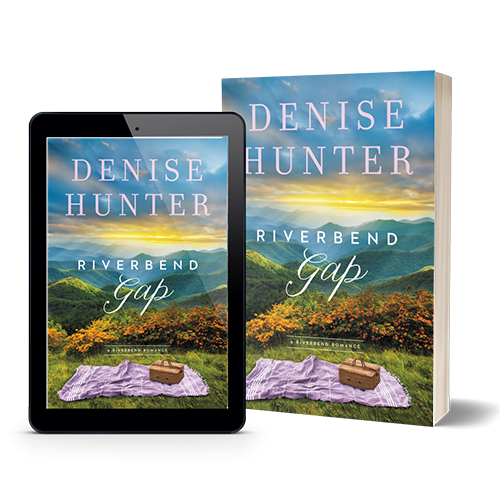 She came in search of the family she’d always wanted—and found the kind of love she’d never dared to imagine.

When Katelyn Loveland’s car veered off a winding Appalachian Mountain road, she thought she was done for. That is until Cooper Robinson, local sheriff’s deputy, came to her rescue. And though Katie narrowly escaped her brush with death, she still fell. Hard.

She wasn’t the only one. But soon Cooper learns that the woman he’s more attracted to than any he’s ever met is his brother’s new girlfriend—and therefore unquestionably off limits. Yet, despite their best efforts, Cooper and Katie can’t seem to avoid running into each other. Or ignore the undeniable chemistry between them.

As they grow closer, Katie shares secrets from her past and the real reason she moved to their small North Carolina town. She also wins over Cooper’s welcoming and bighearted family. But they don’t know that her feelings for Cooper keep growing—all while she’s dating his brother. Soon the stakes of their emotional connection become higher than either could have imagined.

Katie stands to lose the first family she’s ever had, and a scandal could doom Cooper’s campaign for sheriff. Suddenly they find themselves on the edge of another precipice—and they’re forced to make a decision that could change their lives forever.

“A perfect blend of romance and women’s fiction.”

“I have never read a romance by Denise Hunter that didn’t sweep me away into a happily ever after. Treat yourself!”

“If you like Robyn Carr, you’ll love Denise Hunter.”

"Denise Hunter knows just how to pull you in and make you want to visit the places that she writes about."

"I really liked the setting of the small town of Riverbend and the connection to the Appalachian Trail and its history... I'm excited for the rest of the series."

Denise Hunter is the internationally published, bestselling author of more than 35 books, three of which have been adapted into original Hallmark Channel movies. She has won the Holt Medallion Award, the Reader’s Choice Award, the Carol Award, the Foreword Book of the Year Award, and is a RITA finalist. When Denise isn’t orchestrating love lives on the written page, she enjoys traveling with her family, drinking chai lattes, and playing drums. Denise makes her home in Indiana where she and her husband raised three boys and are now enjoying an empty nest and two beautiful granddaughters.