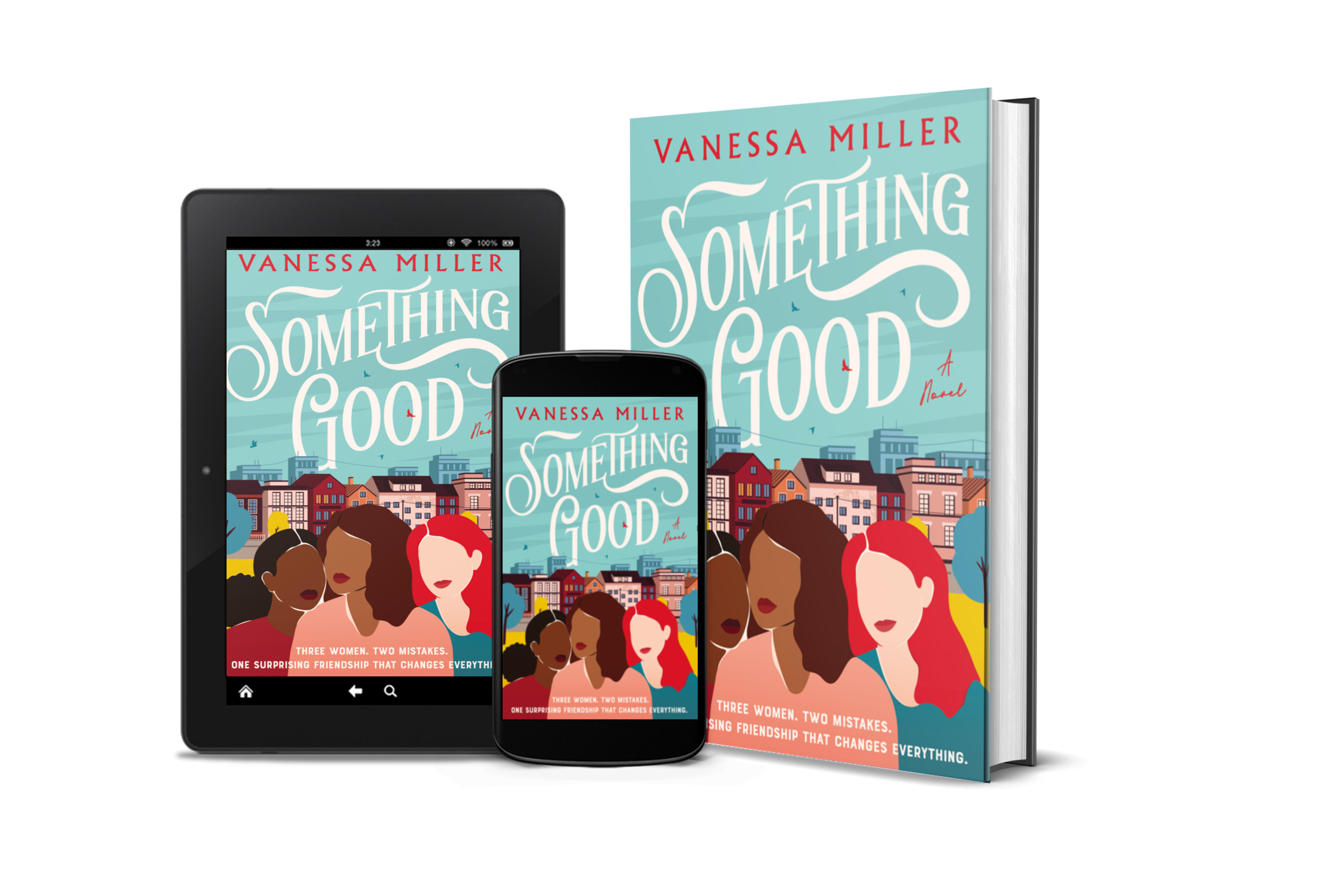 When three women find their lives inextricably linked after a terrible mistake, they must work together to make the most of their futures.

Alexis Marshall never meant to cause the accident that left Jon-Jon Robinson paralyzed—but though guilt plagues her, her husband hopes to put the past behind them. After all, he’s in the middle of selling a tech business—and if Alexis admits to texting while driving, the deal could collapse and cost them millions. Meanwhile, Alexis’s life is not as shiny and perfect as it may seem from the outside. She has secrets of her own. As she becomes consumed with thoughts of the young man she hit, can she reconcile her mistake with her husband’s expectations?

Trish Robinson is just trying to hold it together after the accident that left Jon-Jon dependent and depressed. As the bills pile up, Trish and her husband, Dwayne, find themselves at odds. Trish wants to forgive and move on, but Dwayne is filled with rage toward the entitled woman who altered their lives forever. Trish can’t see how anything good can come from so much hate and strife, so she determines to pray until God intervenes. Then one afternoon Marquita Lewis rings their doorbell with a baby in her arms and changes everything.

HarperAudio US · SOMETHING GOOD by Vanessa Miller | Chapter 1

Vanessa Miller weaves together the lives of three women in a beautiful tapestry of redemption and hope, friendship and found family. A story that shows, even when we think we’ve bolted all the doors, something good can find a way in.”

—Lisa Wingate, #1 New York Times bestselling author of Before We Were Yours

“Vanessa Miller’s Something Good warms the heart with a vivacious tale of faith, redemption, and renewal. She masterly creates a sisterhood of unlikely friends who realize that there is something good, absolutely wonderful in accepting people as they are and believing they can be better.”

“This real-to-life story doesn't shy away from some hard issues of the modern world, but Miller is a master storyteller, who brings healing and redemption to her characters, and thus the reader, through the power of love and faith. I thoroughly enjoyed this book.”

“Something Good, by Vanessa Miller is a literary treat that captivated me from the first page. This story of three women drawn together by the unlikeliest of circumstances had me sitting back and realizing that no matter our backgrounds, no matter our struggles, when it’s for God’s purpose, we can come together. With characters that I could relate to and women who I wanted to win, I enjoyed Something Good from the beginning to the end.”

Vanessa Miller is a best-selling author, entrepreneur, playwright, and motivational speaker. She started writing as a child, spending countless hours either reading or writing poetry, short stories, stage plays and novels. Vanessa’s creative endeavors took on new meaning in1994 when she became a Christian. Since then, her writing has been centered on themes of redemption, often focusing on characters facing multi-dimensional struggles.