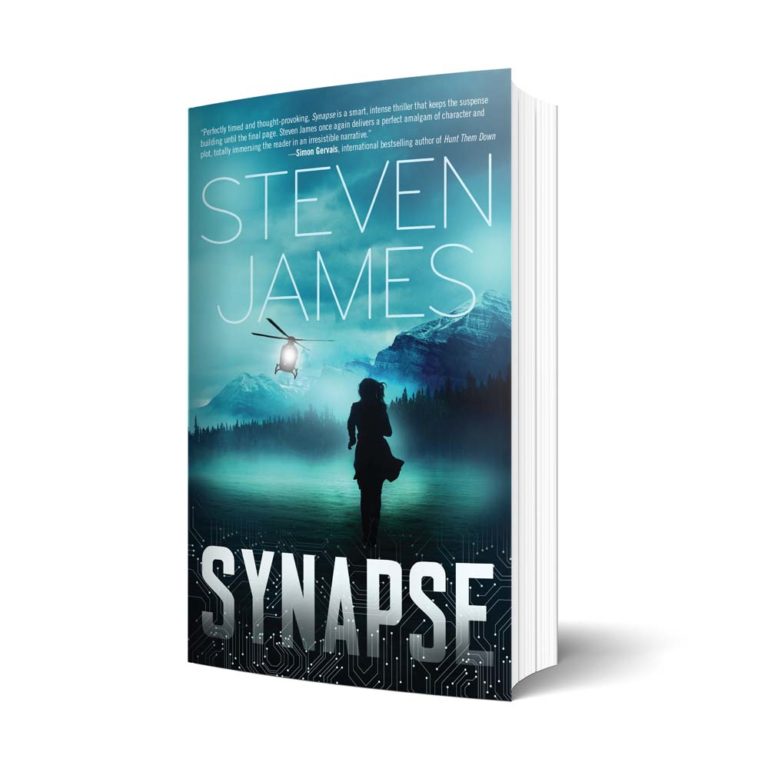 Thirty years in the future, when AI is so advanced that humans live side by side with cognizant robots called Artificials, Kestrel Hathaway must come to terms not just with what machines know, but with what they believe.

Soon after experiencing a personal tragedy, Kestrel witnesses a terrorist attack and is drawn into a world of conspiracies and lies that she and Jordan, her Artificial, have to untangle. With a second, more brutal attack looming on the horizon, their best chance of stopping it is teaming up with federal counterterrorism agent Nick Vernon.

But the clock is ticking—and all the while, Jordan is asking questions Artificials were never meant to ask.

Deftly weaving suspense and intrigue into a rich, resonant tale that explores faith and what it really means to be human, Steven James offers us a glimpse into the future and into our own hearts.

“Synapse is not merely a thriller you should read—as 5G approaches and advances in AI snowball, it is the thriller you can't afford not to.”

“Perfectly timed and thought-provoking, Synapse is a smart, intense thriller that keeps the suspense building until the final page. Steven James once again delivers a perfect amalgam of character and plot, totally immersing the reader in an irresistible narrative.”

—Simon Gervais, international bestselling author of Hunt Them Down

“A realistic and an intelligent look into our future, Synapse takes the reader deep into the minds of the characters, both human and artificial, to smartly explore AI and eschatology. Thought-provoking and compulsive—this is a book you can’t afford to miss!”

“A thriller that left me in awe of future technology while I turned pages to see what happened next . . . and where I fit.”

SECURE YOUR COPY FROM YOUR FAVORITE TRUSTED BOOKSELLER 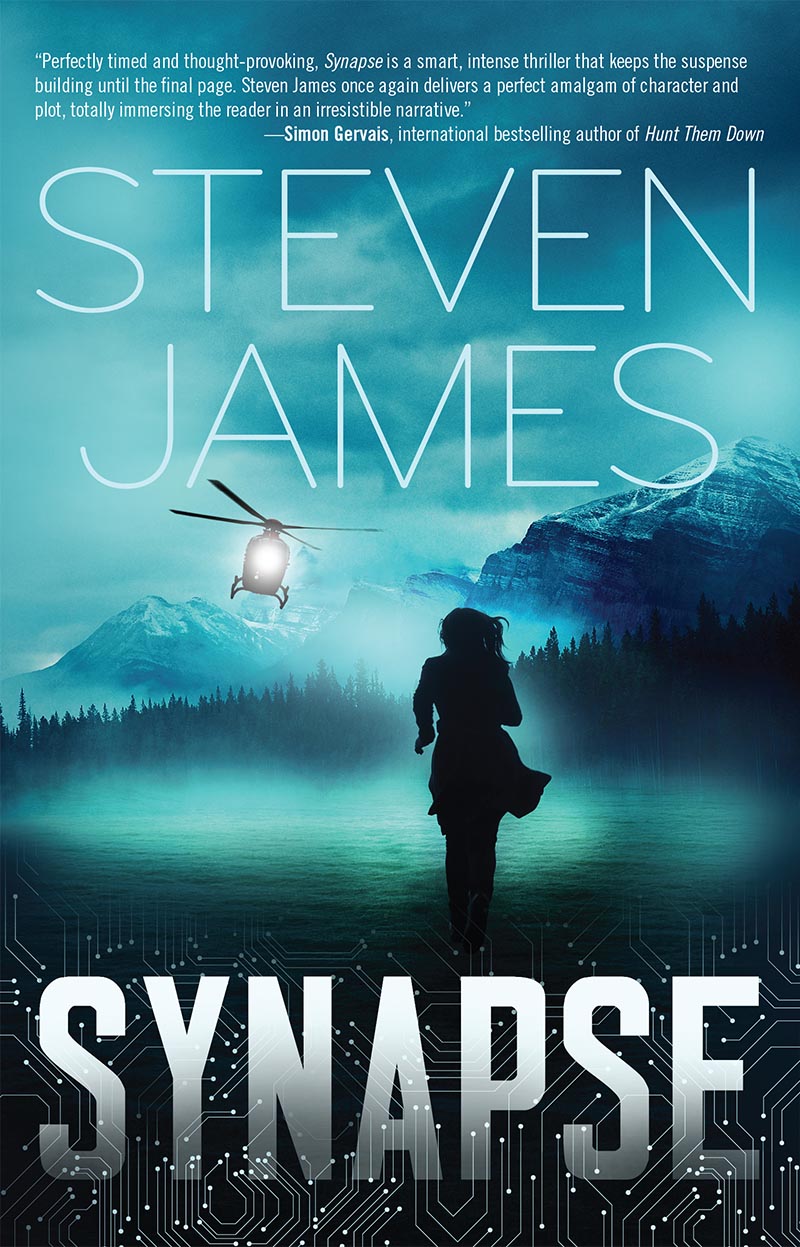 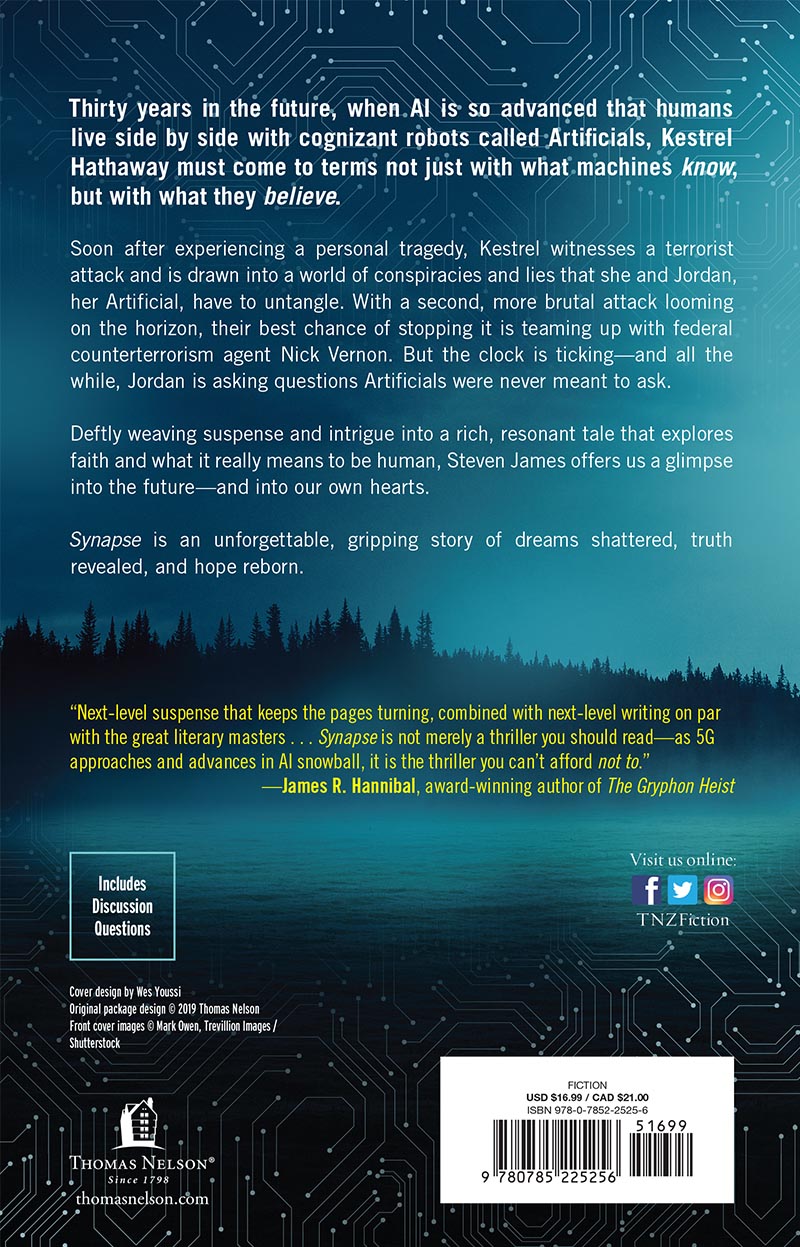 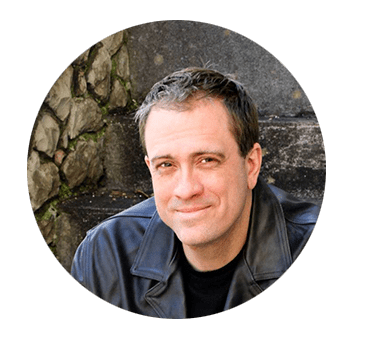 Steven James is a nationally bestselling novelist whose award-winning, pulse-pounding thrillers continue to gain wide critical acclaim and a growing fan base.

Suspense Magazine, who named Steven’s book THE BISHOP their Book of the Year, says that he “sets the new standard in suspense writing.” Publishers Weekly calls him a “master storyteller at the peak of his game.” And RT Book Reviews promises, “the nail-biting suspense will rivet you.”

Equipped with a unique Master’s Degree in Storytelling, Steven has taught writing and storytelling on four continents over the past two decades, speaking more than two thousand times at events spanning the globe. In his podcast “The Story Blender,” he interviews leading storytellers in film, print, and web. Listen now to any of the dozens of archived podcasts for free by visiting his website www.thestoryblender.com.

Respected by some of the top thriller writers in the world, Steven deftly weaves intense stories of psychological suspense with deep philosophical insights. As critically-acclaimed novelist Ann Tatlock put it, “Steven James gives us a captivating look at the fine line between good and evil in the human heart.”

Steven’s latest novel, a near-future thriller called Synapse, will be released on October 8, 2019.