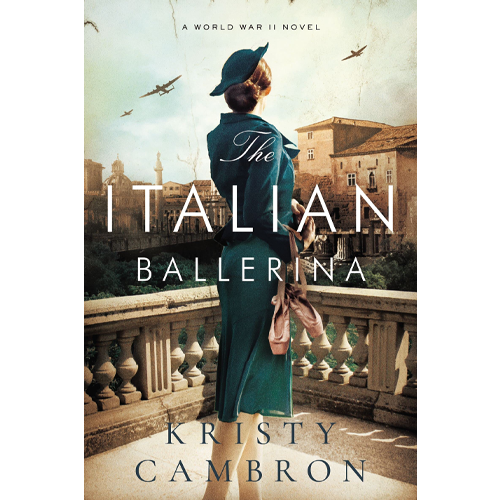 They invented a plague to save innocent lives in WWII Rome, but will it cost them their own lives?

A prima ballerina. Two American medics. And a young Jewish girl with no name . . . At the height of the Nazi occupation of Rome, an unlikely band of heroes comes together in this breathtaking World War II novel based on real historical events.

Rome, 1943. With the fall of Italy’s Fascist government and the Nazi regime occupying the streets of Rome, British ballerina Julia Bradbury is stranded and forced to take refuge at a hospital on Tiber Island. But when she learns of a deadly sickness that is sweeping through the quarantine wards—a fake disease known only as Syndrome K—she is drawn into one of the greatest cons in history. Alongside hospital staff, friars of the adjoining church, and two Allied medics, Julia risks everything to rescue Jewish Italians from the deadly clutches of the Holocaust. But when one little girl who dreams of becoming a ballerina arrives at their door, Julia and the others are determined to reunite the young dancer with her family—if only she would reveal one crucial secret: her name.

Present Day. With the recent loss of her grandfather—a beloved small-town doctor and WWII veteran—Delaney Coleman returns home as she struggles to pick up the pieces of her own life. When a mysterious Italian woman claims she owns one of the family’s precious heirlooms, Delaney is compelled to uncover what’s true of her grandfather’s hidden past. Together with the woman’s skeptical but charming grandson, Delaney learns of a Roman hospital that saved hundreds of Jewish people during the war.

Based on true accounts of the invented Syndrome K sickness, The Italian Ballerina journeys from the Allied storming of the beaches at Salerno to the London ballet stage and the war-torn streets of WWII Rome, exploring the choices we must make to find faith and forgiveness, and how saving just one life can impact countless others.

"Cambron weaves a story that is equal parts heartwarming and heartbreaking . . . The Italian Ballerina will break your heart in a million pieces and put it back together again in this breath-taking masterpiece."

"I smiled, I cried, and loved every minute of it! Kristy Cambron has a stunning way of weaving a story." 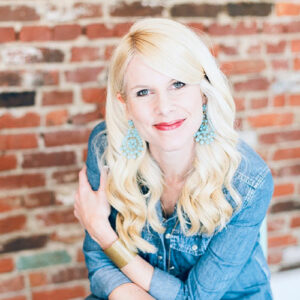 An award-winning author of historical fiction, including her bestselling debut The Butterfly and the Violin, Kristy’s work has been named to Publishers Weekly Religion & Spirituality Top 10, Library Journal Reviews’ Best Books, and RT Reviewers’ Choice Awards; received 2015 and 2017 INSPY Award nominations; and has been featured at CBN, Lifeway Women, Jesus Calling, Country Woman Magazine, MICI Magazine, Faithwire, Declare, (in)Courage, and Bible Gateway. She holds a degree in Art History/Research Writing and lives in Indiana with her husband and three sons, where she can probably be bribed with a peppermint mocha latte and a good read.

You can connect with Kristy at: kristycambron.com