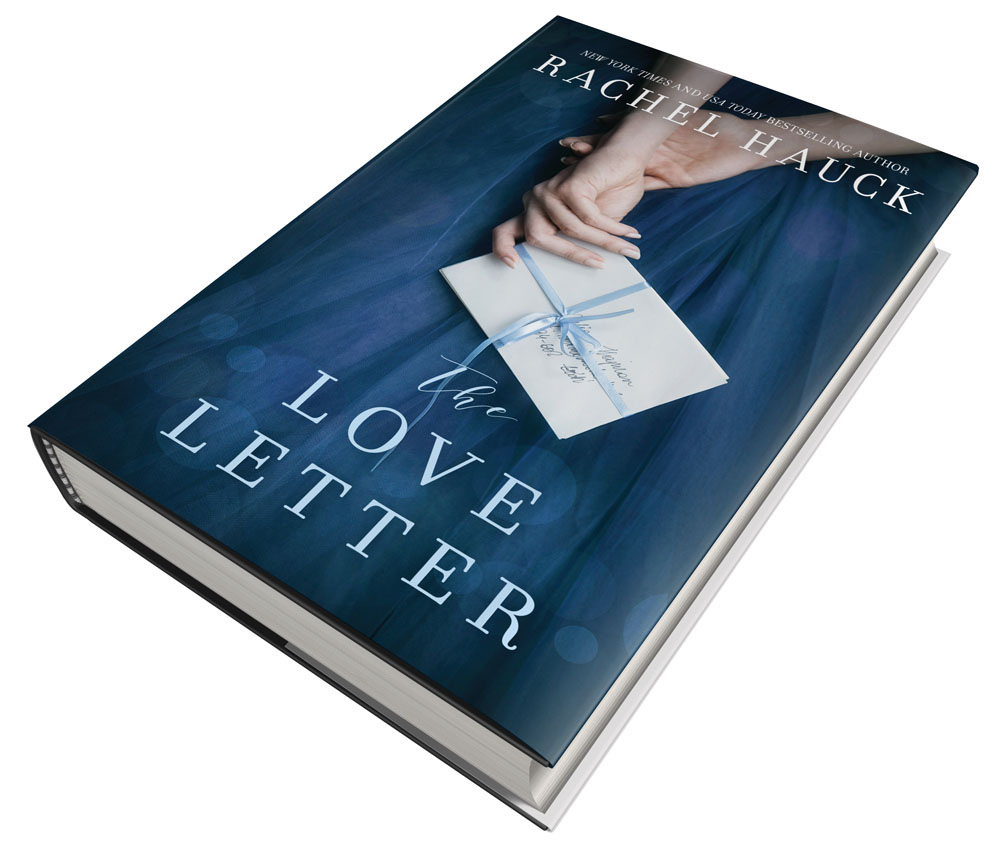 From the New York Times bestselling author of The Wedding Dress comes a story of long-lost love and its redemption in future generations.

Romance has never been actress Chloe Daschle’s forte—in life or on screen. But everyone knows who to call for a convincing death scene . . . and it might be killing her career.

When Chloe is given a peek at the script for an epic love story, she decides to take her destiny into her own hands and request an audition for the lead female role, Esther Kingsley. The compelling tale, inspired by family lore and a one-page letter from the colonial ancestor of scriptwriter Jesse Gates, just might break her out of this career-crippling rut. Jesse would rather write about romance than live through it after his past relationship ended in disaster. But once on-set together, the chemistry between Jesse and his leading lady is hard to deny.

Centuries earlier, in the heart of the Revolutionary War, Hamilton Lightfoot and Esther Longfellow wrote their saga off the silver screen. Esther’s Loyalist father opposes any relationship with Hamilton, but Esther must face her beloved father’s disapproval and the dangers of war in order to convince Hamilton of their future together. Hamilton has loved Esther for years, and on the eve of battle pens the love letter she’s always wanted—something straight from the heart.

Set in stunning upcountry South Carolina, The Love Letter is a beautifully crafted story of the courage it takes to face down fear and chase after love, even in the darkest of times. And just maybe, all these generations later, love can come home in a way not even Hollywood could imagine.

'Hauck's latest is a gorgeous melding of two timelines into an unforgettable story. She does an incredible job balancing the two and the pacing works perfectly . . .What makes this story shine is that it isn't what readers will be expecting, but it will be what readers need. Themes of redemption, love, sacrifice and loyalty resonate throughout.' (RT Book Reviews, 4 stars)

'From its epic opening to its unexpected and wholly satisfying conclusion, The Love Letter serves up the perfect blend of modern and historical romance infused with exquisite vulnerability. It sweeps readers into the centuries-old drama of South Carolina and the flash of contemporary Hollywood, and delightfully explores layers of social and emotional duality.' (Booklist) 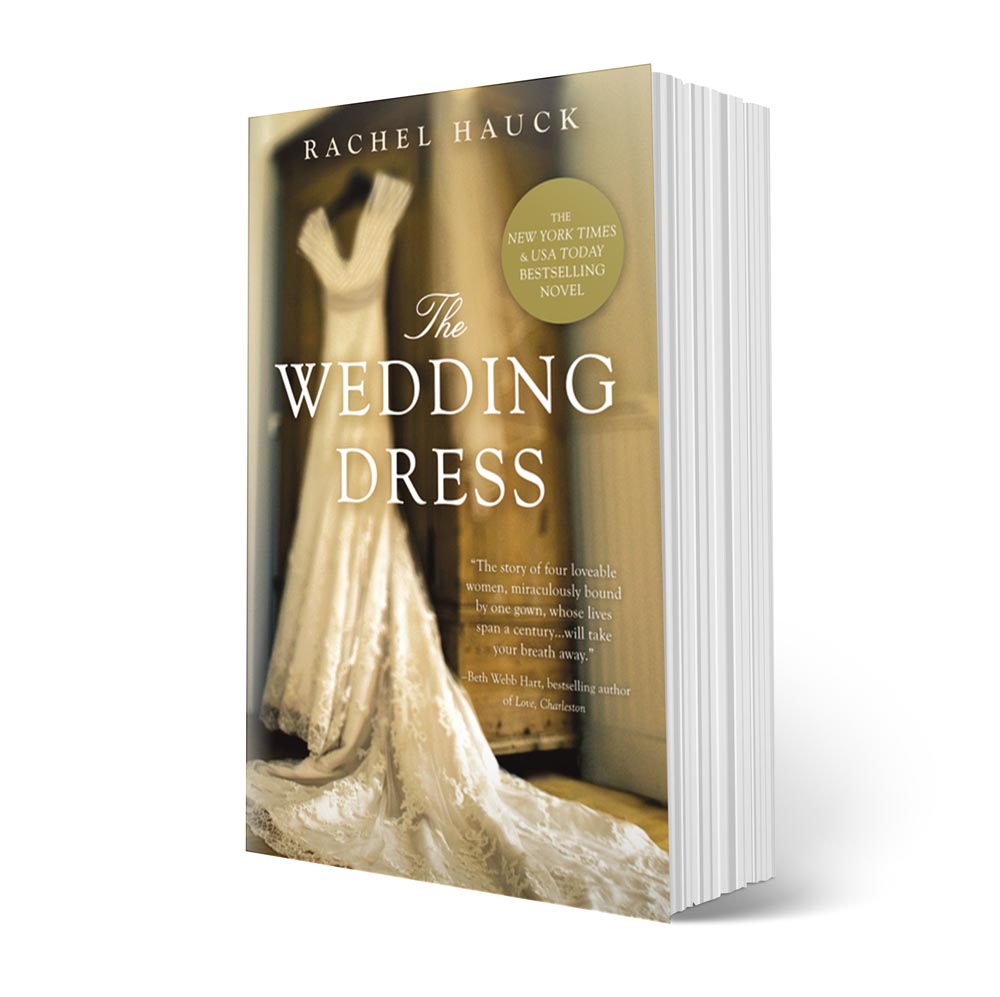 A tale of faith, redemption, and timeless love.

Charlotte owns a chic Birmingham bridal boutique. Dressing brides for their big day is her gift . . . and her passion. But with her own wedding day approaching, why can’t she find the perfect dress…or feel certain she should marry Tim?

Then Charlotte discovers a vintage dress in a battered trunk at an estate sale. It looks brand-new—shimmering with pearls and satin, hand-stitched and timeless in its design. But where did it come from? Who wore it? Who welded the lock shut and tucked the dog tags in that little sachet? Who left it in the basement for a ten-year-old girl? And what about the mysterious man in the purple vest who insists the dress had been “redeemed.”

Charlotte’s search for the gown’s history—and its new bride—begins as a distraction from her sputtering love life. But it takes on a life of its own as she comes to know the women who have worn the dress. Emily from 1912. Mary Grace from 1939. Hillary from 1968. Each with her own story of promise, pain, and destiny. And each with something unique to share. For woven within the threads of the beautiful hundred-year-old gown is the truth about Charlotte’s heritage, the power of courage and faith, and the timeless beauty of finding true love.

“The story of four loveable women, miraculously bound by one gown, whose lives span a century . . . will take your breath away.” —Beth Webb Hart, bestselling author of Love, Charleston 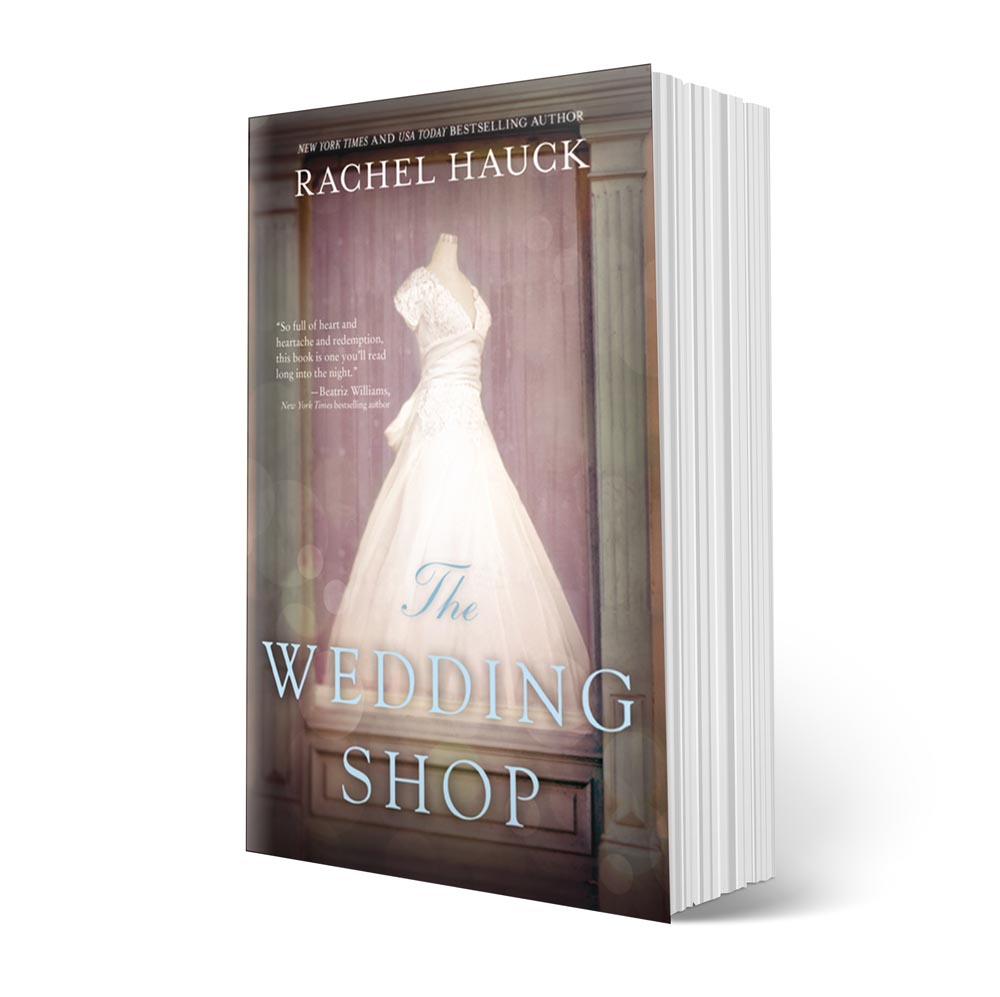 Two women separated by decades. Both set out to help others find their dreams when their own have crumbled.

It's the early 1930s, but Cora Scott is walking in stride as a career woman ?after having inherited her great aunt's wedding shop in Heart’s Bend, Tennessee, where brides come from as far away as Birmingham to experience her famed bridal treatment. Meanwhile, Cora is counting down the days until her own true love returns from the river to make her his bride. But days turn into months and months to years. All the while, Birch Good continues to woo Cora and try to show her that while he is solid and dependable, he can sweep her off her feet.

?More than eighty years later, former ?Air Force Captain Haley Morgan has returned home to Heart's Bend after finishing her commitment to military service. After the devastating death of her best friend, Tammy, and discovering the truth about the man she loved, Haley is searching for her place in life.

When Haley decides to reopen the romantic but abandoned wedding shop where she and Tammy played and dreamed as children, she begins a journey of courage, mystery, and love.

As Cora’s and ?Haley's stories intertwine through time in the shadow of the beloved wedding shop, they both discover the power of their own dreams and the magic of everyday love. 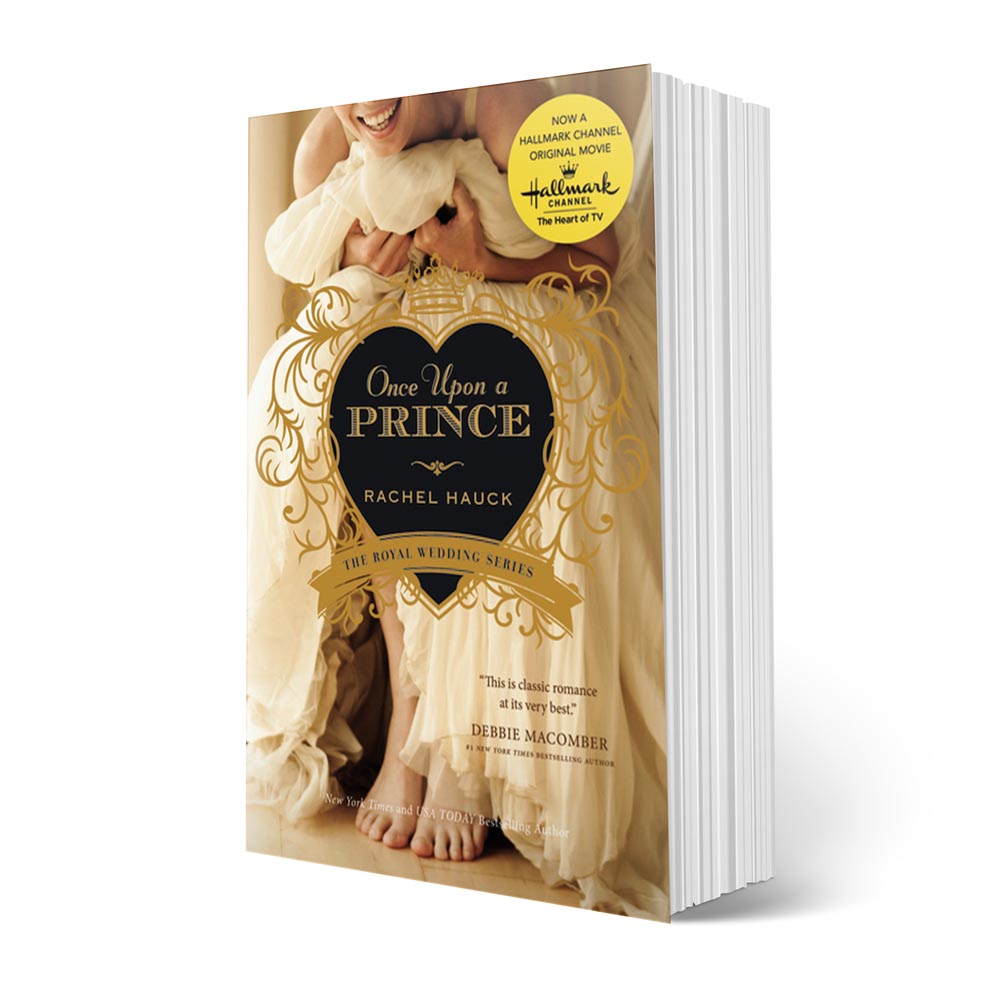 ONCE UPON A PRINCE

“This is classic romance at its very best.” —DEBBIE MACOMBER

Once Upon a Prince, the first novel in the Royal Wedding series by New York Times bestselling author Rachel Hauck, treats you to a modern-day fairy tale.

Susanna Truitt never dreamed of a great romance or being treated like a princess—just to marry the man she has loved for twelve years. But life isn’t going according to plan. When her high-school-sweetheart-turned-Marine-officer breaks up instead of proposing, Susanna scrambles to rebuild her life.

The last thing Prince Nathaniel expects to find on his American holiday to St. Simons Island is the queen of his heart. A prince has duties, and his family’s tense political situation has chosen his bride for him. When Prince Nathaniel comes to Susanna’s aid under the fabled Lover’s Oak, he is blindsided by love.

Their lives are worlds apart. He’s a royal prince. She’s an ordinary girl. But everything changes when Susanna receives an invitation to Nathaniel’s coronation.

It’s the ultimate choice: His kingdom or her heart? God’s will or their own?

“[A] surprisingly believable royal-meets-commoner love story. With only a subtle nod to Cinderella, this modern and engaging tale follows the budding relationship of an American Southern girl and a pseudo-Brit prince . . . Hauck fans will find a gem of a tale.” —Publishers Weekly starred review

“Rachel Hauck’s inspiring Royal Wedding series is one for which you should reserve space on your keeper shelf!” —USA Today