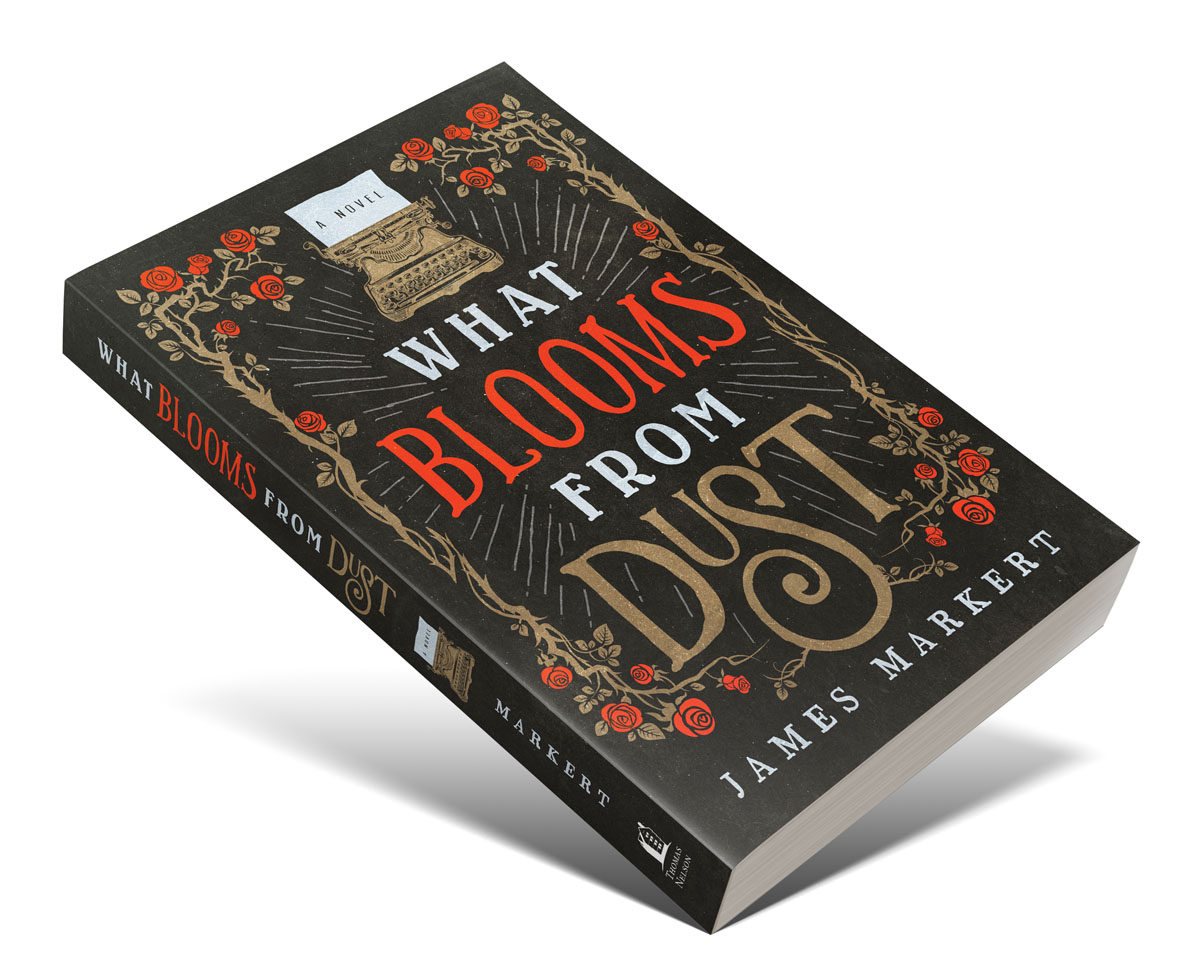 WHAT BLOOMS FROM DUST

Filled with mystery and magic, What Blooms from Dust is the story of finding hope in the midst of darkness and discovering the beauty of unexpected kindness

Just as Jeremiah Goodbye is set to meet his fate in the electric chair, a tornado tears down the prison walls, and he is given a second chance at life. With the flip of a coin, he decides to return to his home town of Nowhere, Oklahoma, to settle the score with his twin brother Josiah. But upon his escape, he enters a world he doesn’t recognize—one that has been overtaken by the Dust Bowl. And the gift he once relied on to guide him is as unrecognizable as the path back to Nowhere.

After one jolt in Old Sparky, Jeremiah sees things more clearly and begins to question the mysterious circumstances surrounding the murders he was accused of. On his journey home, he accidentally rescues a young boy who follows him the rest of the way, and the pair arrive at their destination where they are greeted by fearful townspeople. When the Black Sunday storm hits the very next day, the residents of Nowhere finally begin to let the past few years of hardship bury them under the weight of all that dust.

Unlikely heroes, Jeremiah and his new companion, Peter Cotton, try to protect the townspeople from themselves, but Jeremiah must face his nightmares and free himself from the guilt of flipping the coin on those men who died.

"Historical fiction at its finest that makes the reader want to learn more about the time and the people who lived there, and those who left." - Booklist STARRED Review

"Markert creatively portrays the timeless battle between good and evil, making for a powerful story of hope and redemption." - Publishers Weekly

“This is an exorcist story on well-written steroids resembling the best of Stephen King without the nihilism. By the end, I expect readers may be emotionally drained yet ultimately uplifted. Recommended.” - Historical Novels Society on All Things Bright and Strange

5 Facts About the Dust Bowl

The Setting for What Blooms From Dust

Starting with the first world war, the wheat boom in the southern plains was about as frenzied as the California gold rush, with farmers growing rich all through the 1920s, until the rain stopped and the Great Depression struck. As the wheat market crashed in the early 1930s—and the prairie grass was all gone from having been over-plowed the decades before—there was nothing left to hold the topsoil in place, and so it began to lift, creating devastating dust storms for the better part of a decade.

Desperate for rain, the farmers in the southern plains tried just about everything, from hanging dead snakes on fences to hiring folks claimed to be “rainmakers”, but were essentially conmen firing TNT rockets up into the clouds to bring down the rain.

If the incessant dust wasn’t bad enough, the storms were also accompanied by powerful static electricity, which built up between airborne dust and the ground. Blue flames jumped from fences, windmills, and powerlines. Anyone shaking hands risked a jolt powerful enough to knock them down. The static electricity often shorted out car engines, so drivers dragged chains from the backs of their cars in order to ground them.

These “black blizzards”—some were so intense you couldn’t see your hand in front of your face—were daily occurrences for those in the plains, but in May of 1934, a storm that was 2 miles high traveled over 2,000 miles before striking the East Coast, covering such landmarks like the U.S. Capitol and the Statue of Liberty in a massive cloud of prairie dirt. Timely enough, lawmakers were inside the Capitol arguing a new soil conservation bill; seeing part of Kansas outside the window finally spurred them to act.

At times the dusters grew so big and black, day turned to night, and farmers feared the world was coming to an end. To add fuel to that fire, biblical type plagues of jackrabbits and grasshoppers struck the plains, devouring whatever crops that were left. Rabbit drives helped take care of the jacks, while Roosevelt called in the National Guard to deal with the grasshoppers, crushing them with tractors and burning the infested fields. 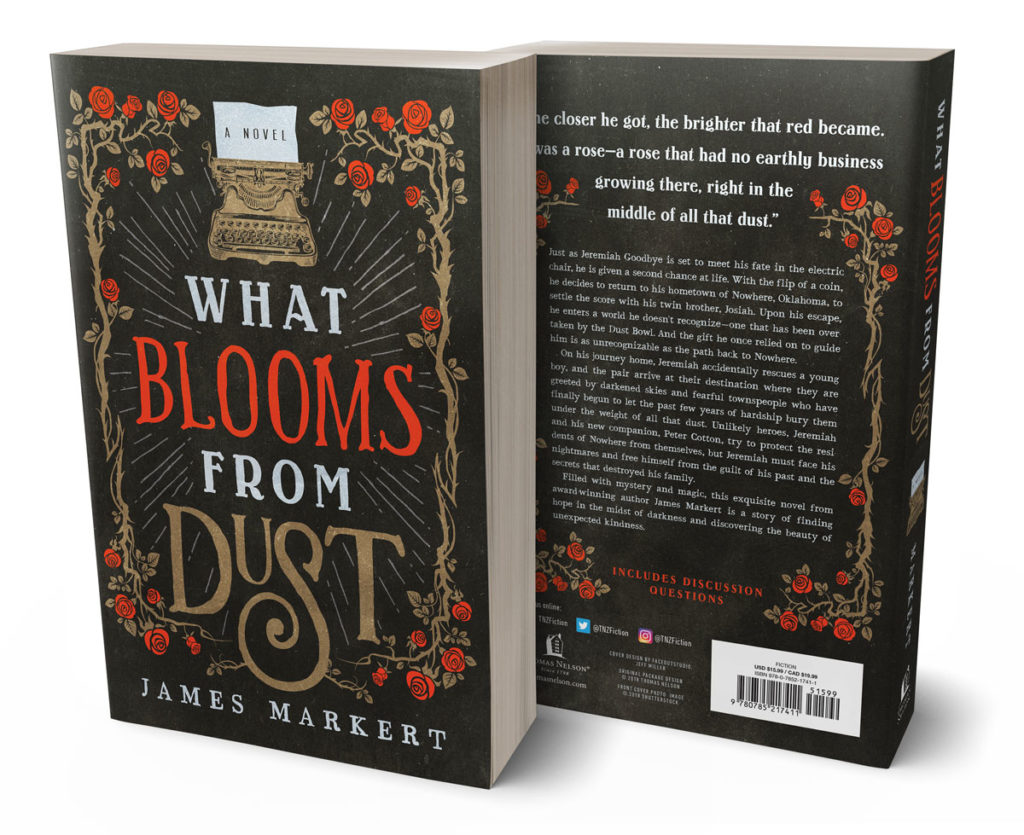 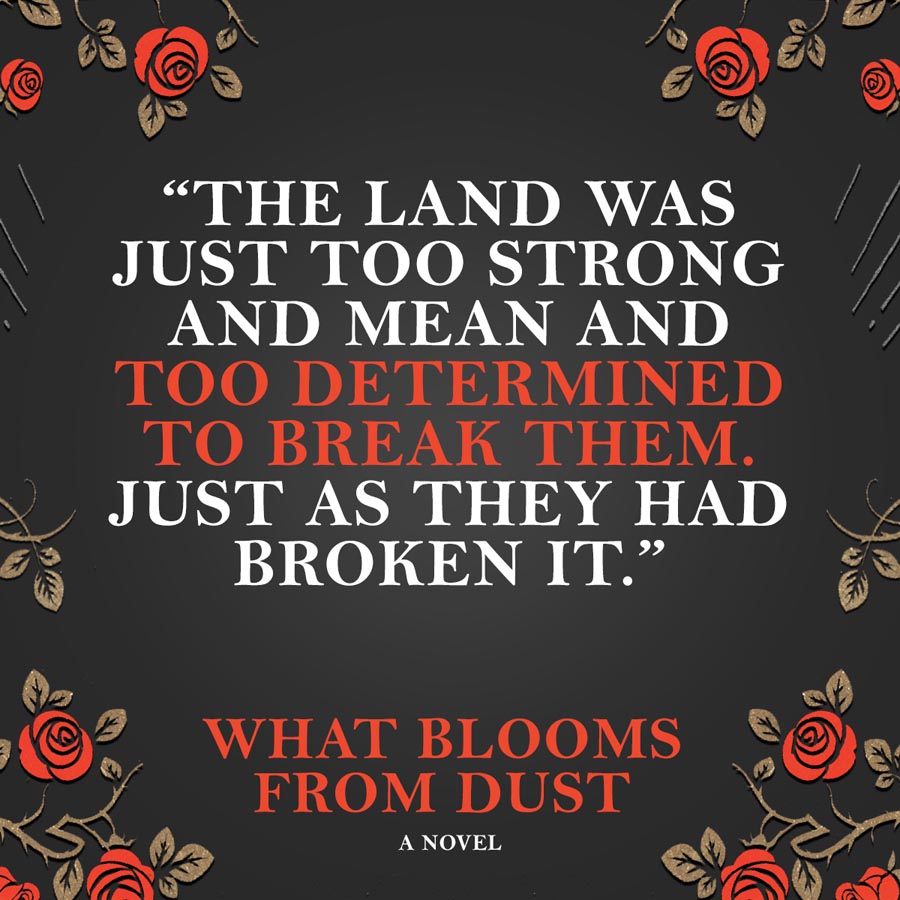 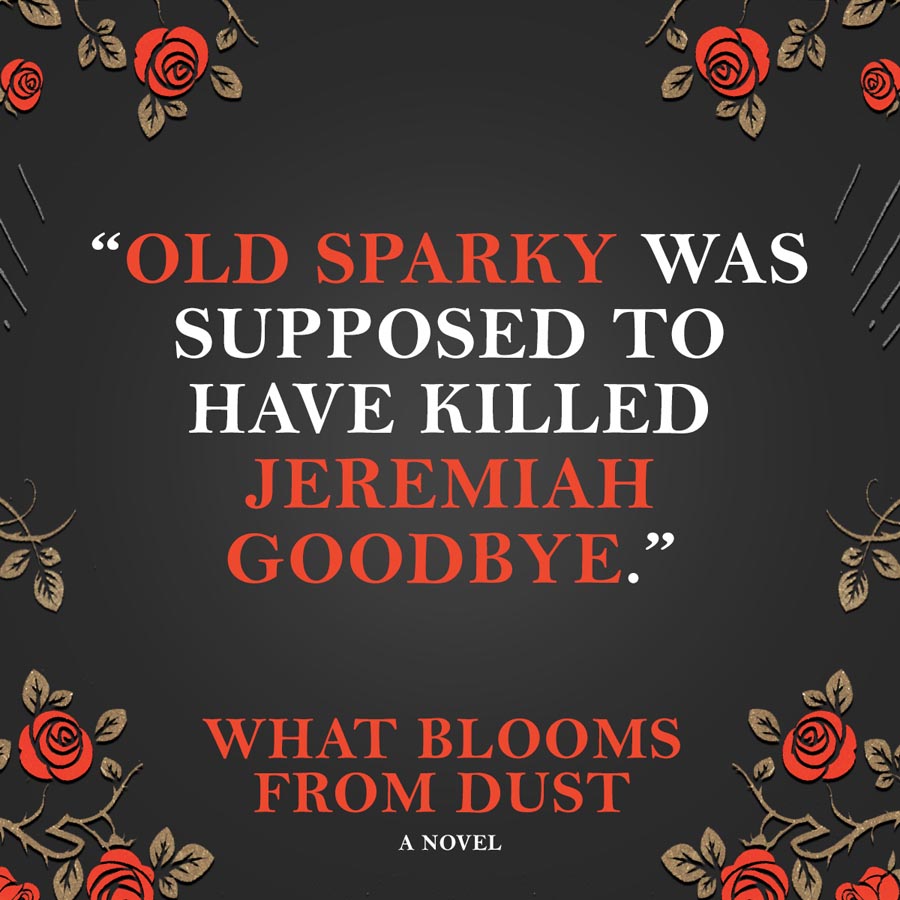 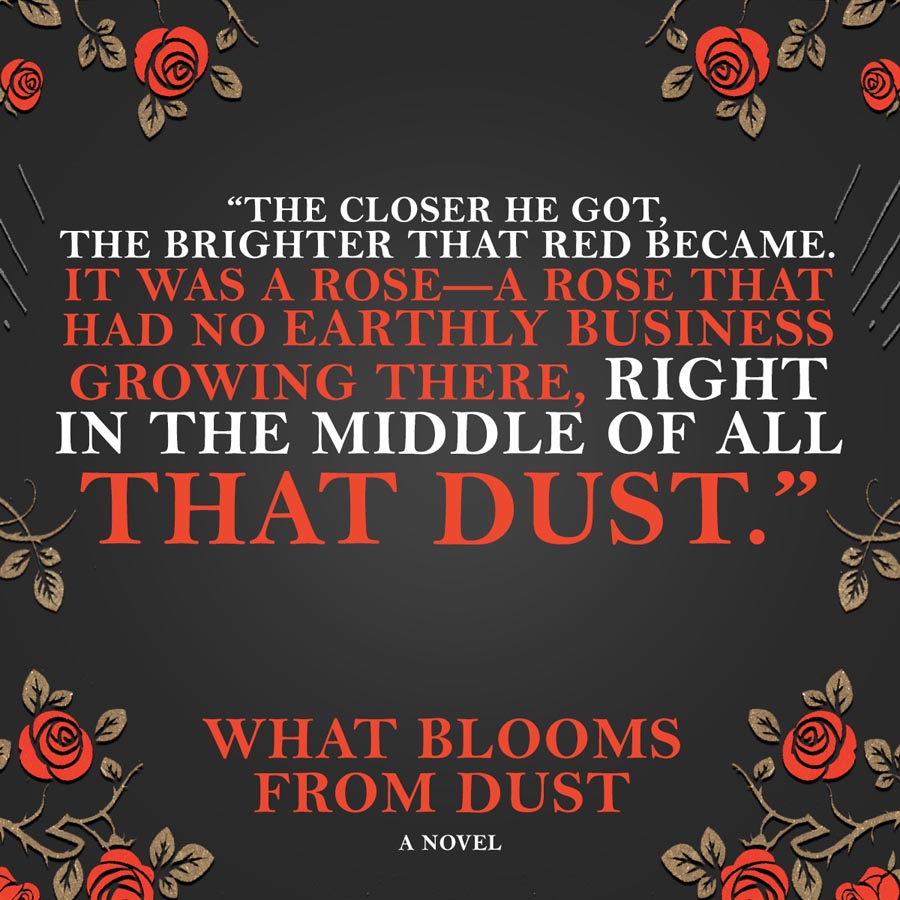 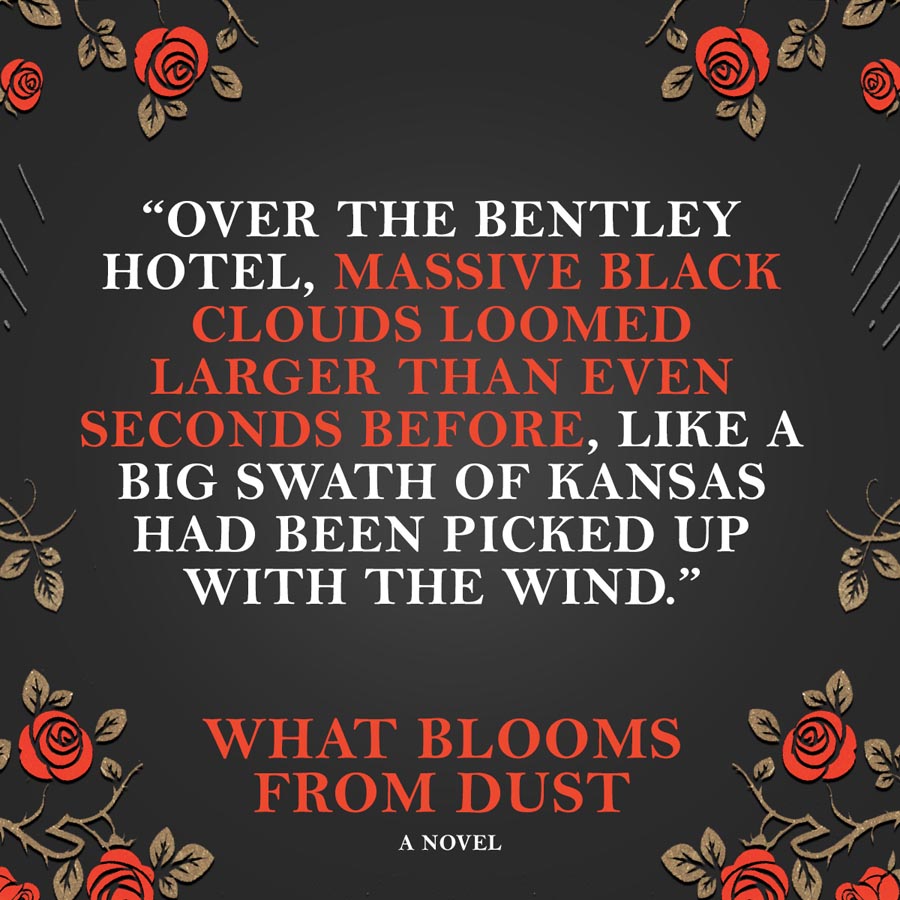 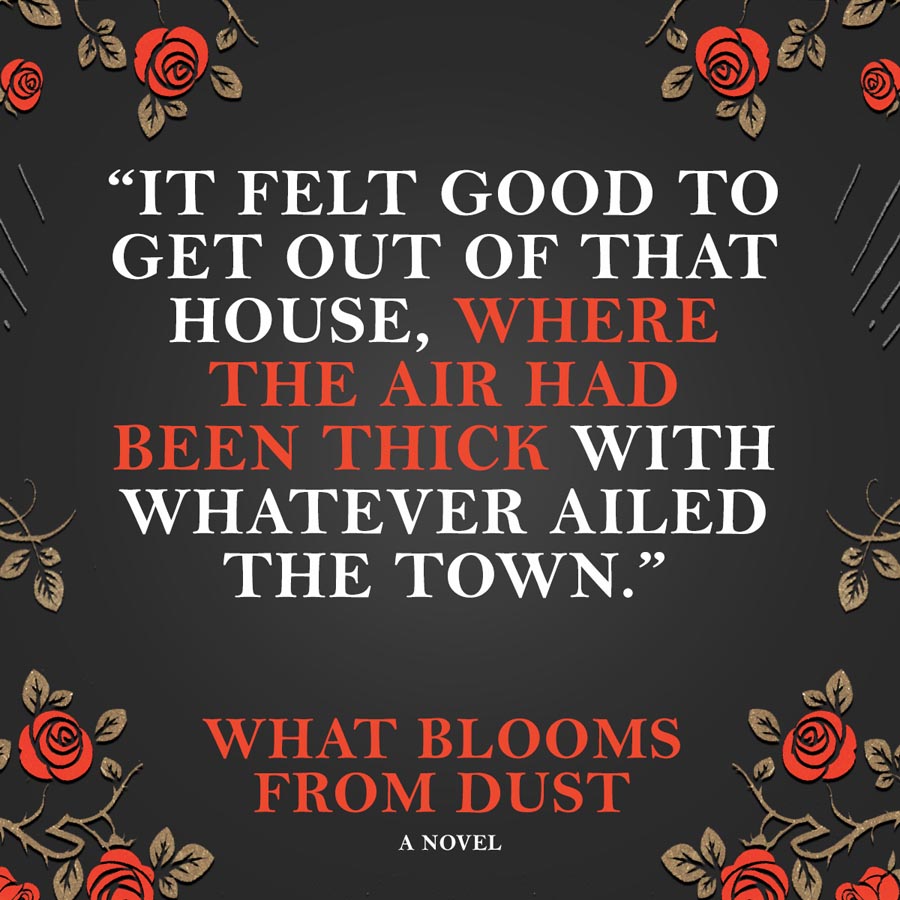 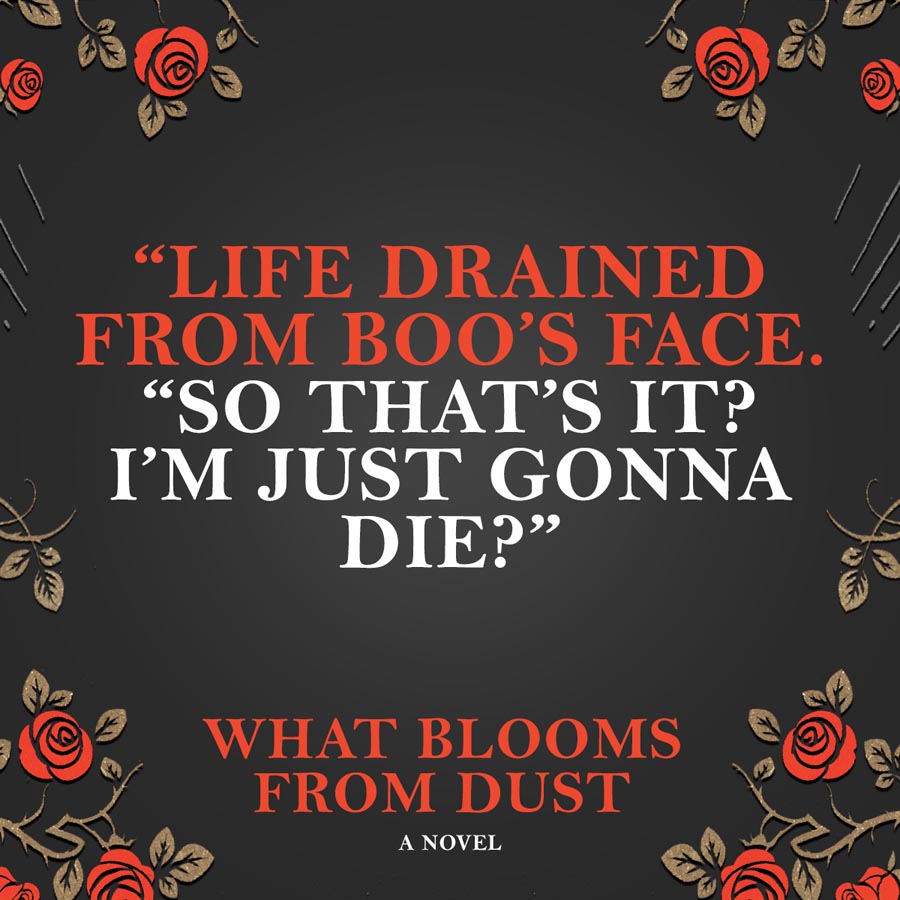 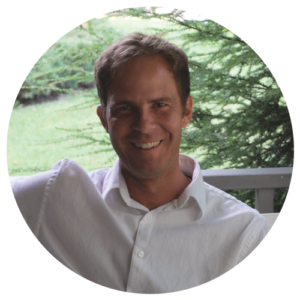 James Markert lives with his wife and two children in Louisville, Kentucky. He has a history degree from the University of Louisville and won an IPPY Award for The Requiem Rose, which was later published as A White Wind Blew, a story of redemption in a 1929 tuberculosis sanatorium, where a faith-tested doctor uses music therapy to heal the patients. The Angels' Share is his second novel, and he is currently working on his next historical, All Things Bright and Strange. James is also a USPTA tennis pro, and has coached dozens of kids who've gone on to play college tennis in top conferences like the BIG 10, the Big East, and the ACC.

James has ideas for future novels that run the gamut of history from time periods and topics like Charles Dickens, Jekyll and Hyde, Prohibition, the Dust Bowl, the Sixties, both World Wars, the Golden Age of Magicians, and a series on Medieval Cathedral building. 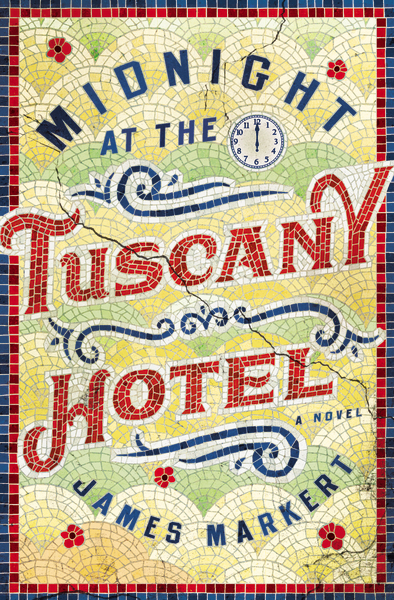 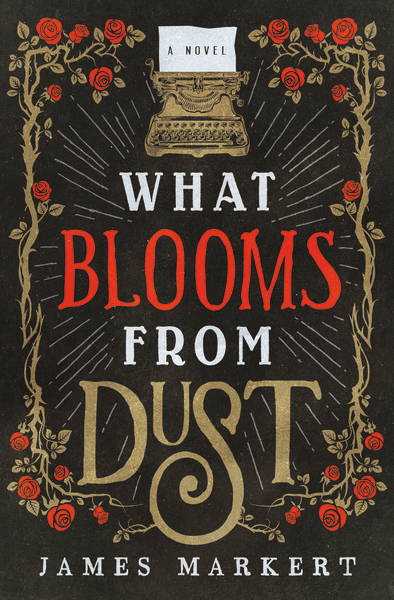 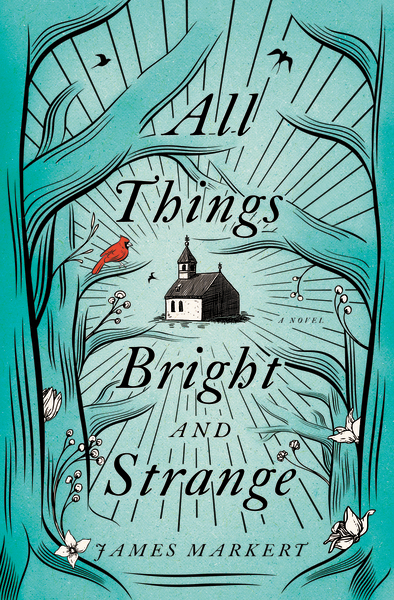 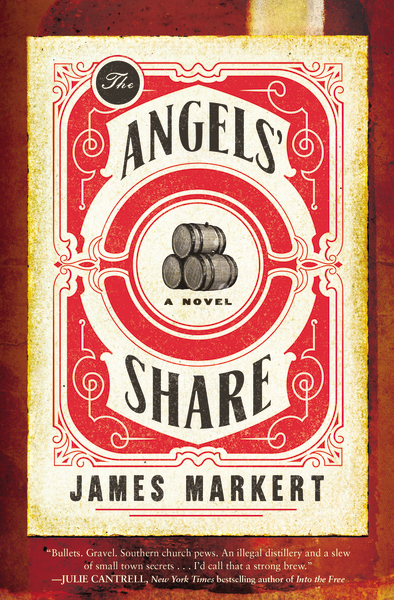