With the coldest season comes the warmest of second chances.

At age seventy-three, Laura Kauffman knows she is closer to the end of life than the beginning. If God willed it, she would join her beloved late husband soon. Even so, Laura wonders what purpose God might have for her in this winter of her life—and why this season seems so lonely.

Widower Zechariah Stutzman is facing his own barren season, despite the great-grandchildren swirling around him. With his Parkinson’s worsening, he had no choice but to move in with his grandson’s family, though now he feels adrift and useless.

When Laura offers to help with Zechariah’s five great-grandchildren after their mother has a difficult childbirth, Zechariah is unsure how he will adjust to the warm but tart demeanor of this woman he has known since grade school. But soon Laura and Zechariah learn they are asking God the same questions about loss and hope. And they begin to wonder if He is providing answers after all.

Buy Now From Your Favorite Bookstore

Click any cover below to read the first four chapters 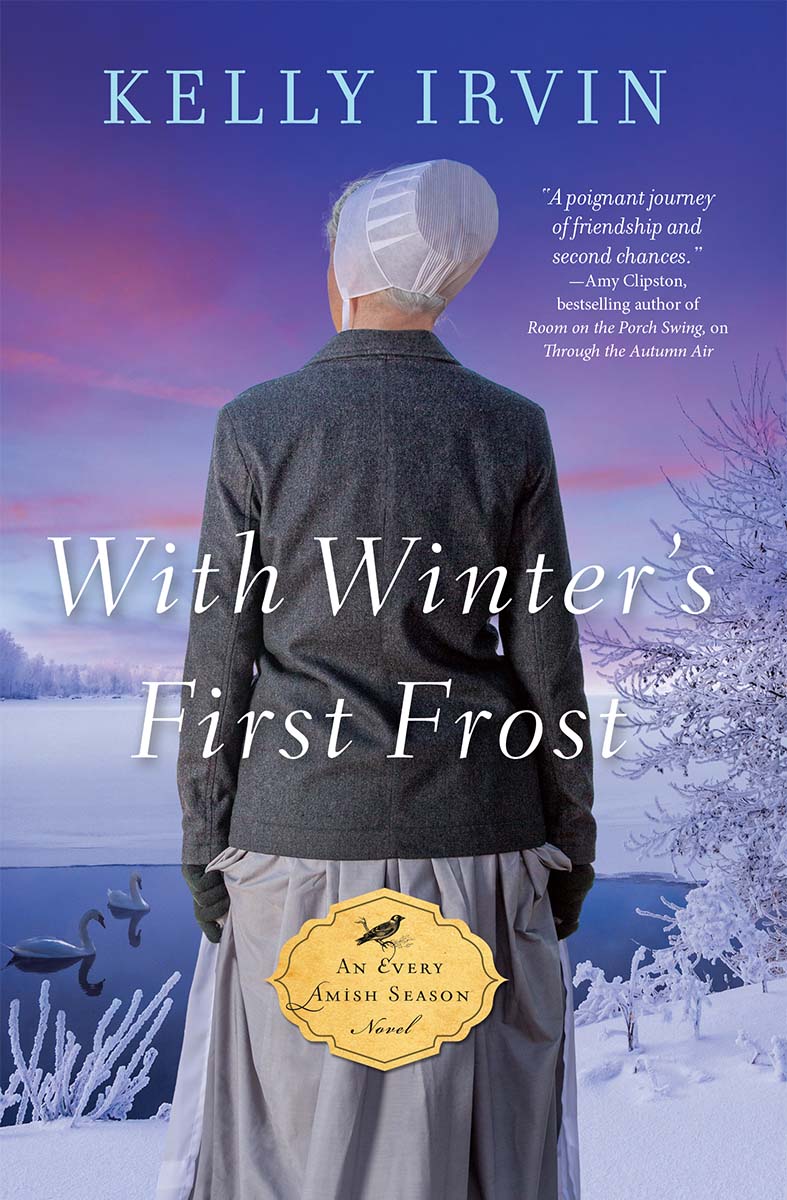 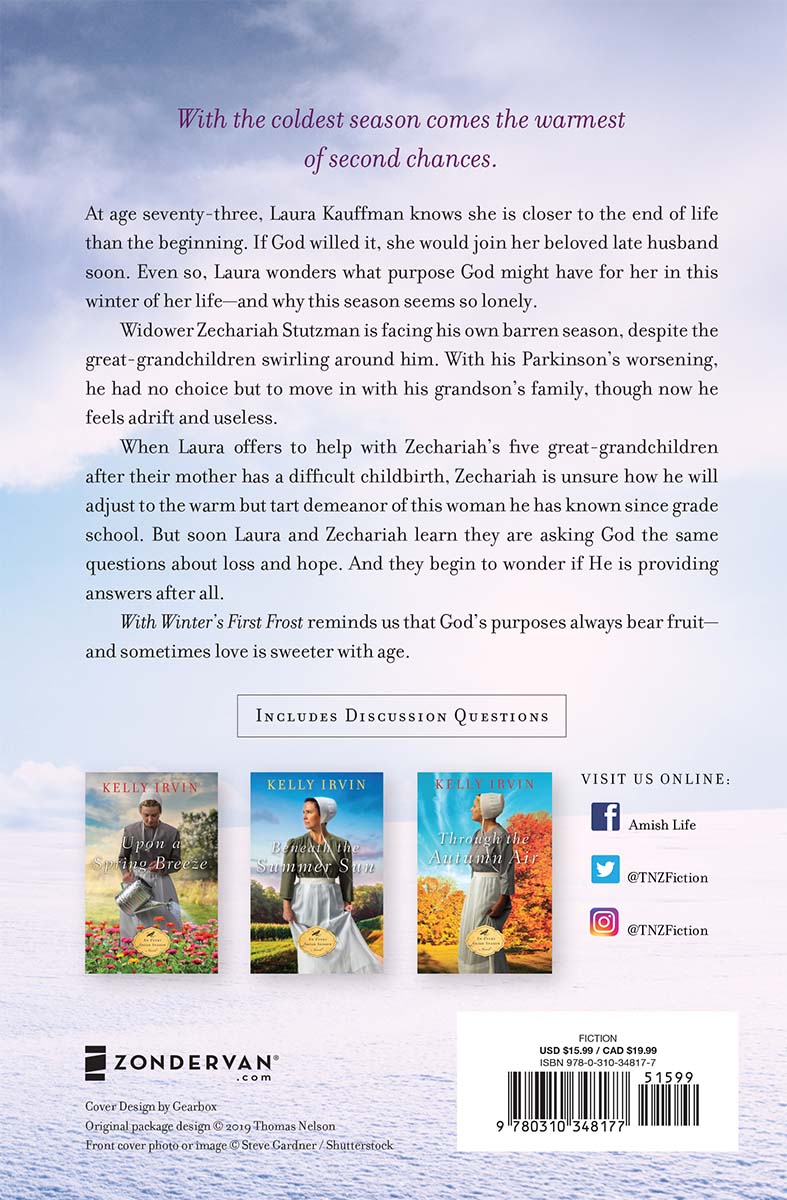 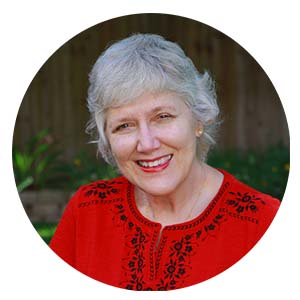 Kelly Irvin is the author of more than a dozen Amish books. Her latest series I Every Amish Season, featuring recently released Through the Autumn Air as well as Beneath the Summer Sun. The first book in the series, Upon a Spring Breeze, won the 2018 Readers Choice Award from the Faith, Hope, and Love Chapter of Romance Writers of America in the long contemporary romance category. The series is published by Zondervan/HarperCollins Christian Publishing.

She is also the author of the Amish of Bee County series that includes The Saddle Maker’s Son, The Bishop’s Son and The Beekeeper’s Son. This last novel received a starred review from Publisher’s Weekly, calling it “a delicately woven masterpiece.” The Beekeeper’s Son was a finalist in the national 2016 ACFW Carol Awards Contest in the romance category. Kelly is also the author of the Bliss Creek Amish series and the New Hope Amish series, both from Harvest House. She has also penned two romantic suspense novels, A Deadly Wilderness and No Child of Mine.

Among her other works are novellas in four collections, including An Amish Christmas Gift (Snow Angels), An Amish Market (Sweeter than Honey), An Amish Heirloom (The Midwife’s Dream), and An Amish Summer (One Sweet Kiss)

The Kansas native is a graduate of the University of Kansas School of Journalism. She has been writing nonfiction professionally for more than thirty years, including ten years as a newspaper reporter. She retired in 2016 after working 22 years in public relations for the City of San Antonio Parks and Recreation Department. She is a member of ACFW and Alamo City Christian Fiction Writers. In her spare time, she blogs, reads fiction, and loves her family. 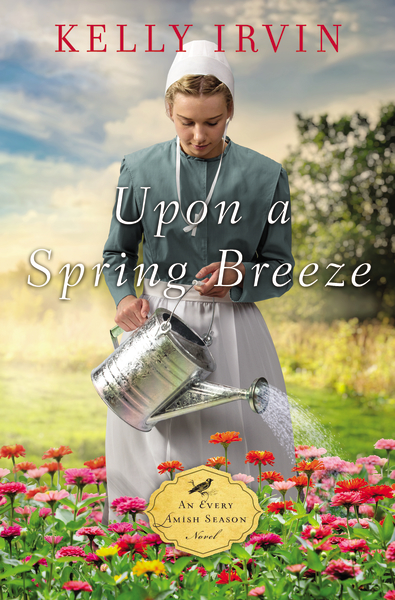 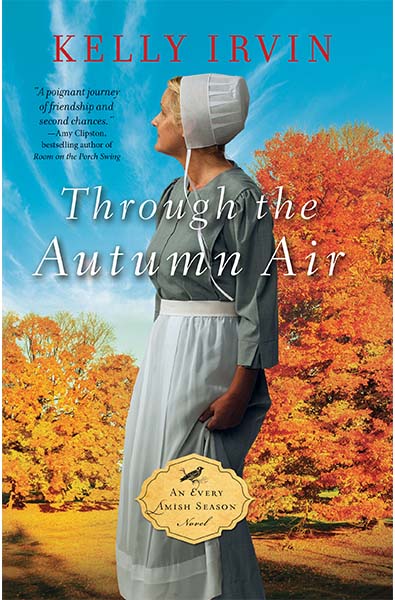 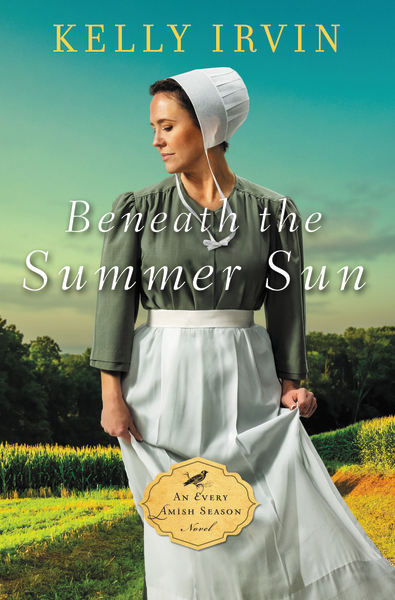